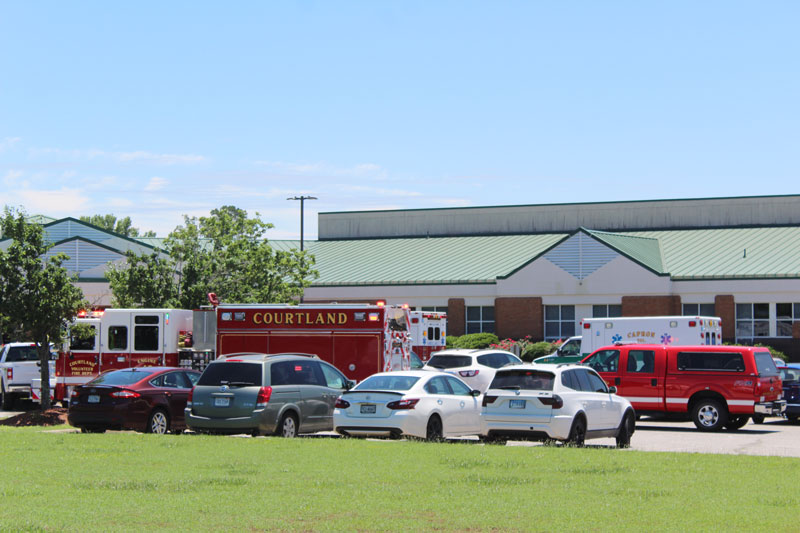 First responders from Courtland, Capron, Franklin, Hunterdale, Boykins and Ivor were called to Southampton High School around lunchtime on Tuesday. They treated several students who had become ill after eating gummy-textured candies that had an unknown substance on or in them. Those students were then taken to Southampton Memorial Hospital. -- Stephen H. Cowles Tidewater News 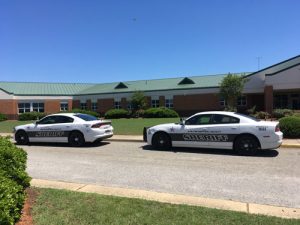 Southampton County Sheriff’s deputies were also called to Southampton High School earlier this afternoon in response to a call about students who became ill after eating candy with an unknown substance on or in it. — Stephen H. Cowles Tidewater News

As of 1:19 p.m. on Tuesday, Southampton High School has been placed on lockdown. The county sheriff’s department and Virginia State Police are on scene. According to Southampton County Public Schools superintendent Dr. Gwendolyn Shannon, at least seven students have been transported to Southampton Memorial Hospital in Franklin for treatment.

According to Southampton County Sheriff Jack Stutts, the cause of the illnesses appears to be candy that was laced with a foreign substance and was distributed by a fellow student. The student has been identified but is not in custody at this point. The condition of those sickened is unknown at this time. Check back with The Tidewater News for updated information as it becomes available.