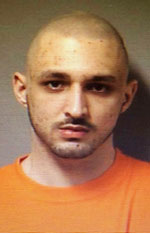 Boone stated that on Monday a grand jury handed down indictments for the following charges: burning of property by inmate; and destruction of property.

The detective also said he could not provide further details about the jail fire because it’s an active investigation.

Boone later added that White was already in custody at the facility for a probation violation at the time of the incident, and remains there without bond on the new charges.