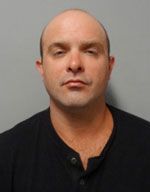 On Saturday, June 13, the Southampton County Sheriff’s Office was contacted by detectives from Wake County Sheriff’s Office in North Carolina in reference to a homicide suspect that they believed may be in Southampton County. The suspect was seen later that night and was arrested without incident for an outstanding warrant from Georgia. This information comes from Maj. Camden Cobb, spokesman for the sheriff’s office.

On Sunday, Wake County detectives sought charges against the man in custody, Aaron Lance Stephen, 37, for the murder of Kelly D. Johnson of Wake County. As a formality, Stephen was charged in Virginia as a fugitive from justice.

Later that same day, Southampton County deputies working with Wake County detectives located an unidentified female body in a wooded area off of Little Texas Road in Branchville, Virginia. The scene was secured and detectives from both agencies began investigating. The body was transported to the Office of the Chief Medical Examiner’s Tidewater location in Norfolk. The Medical Examiner’s Office has not released its findings at this time.

Today, June 16, an additional charge was sought against Stephen for 18.2-323.02 Concealment of Dead Body. That reads: “Prohibition against concealment of dead body; penalty. Any person who transports, secretes, conceals or alters a dead body, as defined in § 32.1-249, with malicious intent and to prevent detection of an unlawful act or to prevent the detection of the death or the manner or cause of death is guilty of a Class 6 felony.”

Stephen is being held in the Southampton County Jail without bond. The case remains under investigation.

By Rick Francis Hello friends, For some time, I have been wanting to start a feature in The Tidewater News... read more