Wydia Bailey wants to give Ward 2 voters a choice

Many residents of Ward 2 reportedly have wanted a choice when it came to the upcoming Franklin City Council election, and now they’ve got one in Wydia Bailey. 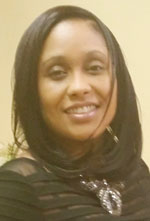 The businesswoman, who owns and operates Wydia’s Bistro in downtown Franklin, confirmed on Saturday afternoon that she’s campaigning for people in that district to write in her name this Election Day.

C. Ray Smith is the only candidate officially on the ballot for Ward 2. He is hoping to succeed Benny Burgess, who announced several months ago that he would not seek re-election.

In a phone conversation on Saturday, Bailey told The Tidewater News, “What made me decide at the last minute to run is that I love impartiality. I want to give people a choice — I know I wanted a choice and I think most people do.”

She said that until the past two weeks she had never before attempted such a venture into politics.

“I didn’t know what to expect. People in my neighborhood were talking about having a choice and said to me, ‘Why don’t you run?’ I didn’t think of a good reason why not.”

Literature and signage were ordered for distribution, and Bailey has also been asking people for help.

Should she indeed be elected, Bailey said, “I will consult with people in Ward 2 constantly and see what their interests are. I want to help the city move forward. I am going to serve all the citizens. We are one city.”

The hopeful candidate added her thanks for instrument support from Shirlie Camp and Patricia Rawls, and is especially grateful for the Virginia election laws, which she said has made this write-in campaign possible.

SUFFOLK The Western Tidewater Regional Jail announced today, May 15, that one of its officers has tested positive for COVID-19.... read more