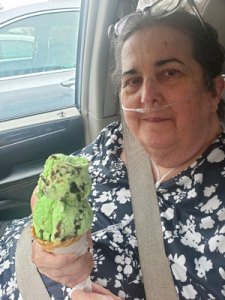 She was a native of Franklin, and was a daughter of the late Harry Lee Best and Mary Frances Campbell Best.

Cathy was a 1974 graduate of Franklin High School.

The family requests that in lieu of flowers, memorial donations can be made to the Tidewater Autism Society of America, 4605 Pembroke Lake Circle, Ste. 202, Virginia Beach, VA 23455.

A service will be held at a later date.