Members of the Southampton County Board of Supervisors voted for Dr. Alan Edwards of the Jerusalem Distric to become the new chairman during the organizational meeting, which took place on Thursday evening in the board room. He succeeds Dallas Jones of Drewryville, who had served as leader for many years. Jones said he looks forward to continued representation of his district. 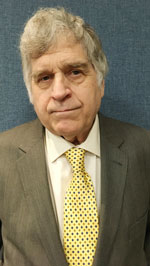 The first to make the nomination was Lynda Updike, newly elected for the Newsoms District. William Hart Gilette of Capron seconded.

Asked if he was surprised by the move, Edwards acknowledged he was “mildly surprised.”

As far as immediate goals for the board, he said the first ones are “To push ahead as fast as we can with the courthouse. Keep taxes as low as possible and work with administration and the Planning Commission. Planning Commission is very important to us.”

Indeed, county administrator Mike Johnson confirmed that Edwards was also reappointed to serve as the board liaison to the commission. Former supervisor Bruce Phillips was appointed by the former board a couple of years ago.

“We’re just having to organize and see how things look,” Edwards continued.

As for the budget, he noted, “You only control 80 percent of it. Certainly we’ll be very frugal and get all the bang for the buck with the courthouse.

As far as he’s aware, no date has been decided on which to pick an architectural firm for the renovations. 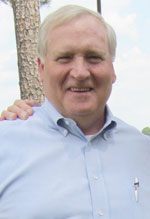 Working with him as vice chairman will be Gillette, which Edwards said is “most suitable.”

During the meeting, the decision was made to move meeting times. Effective in January, the board will meet at 6 p.m. the fourth Tuesday each month. Open session begins at 7 p.m.

• Planning Commission. As mentioned, Edwards is the new board liaison. Robert White nominated Tammie Connally to finish his unexpired term for the Franklin district. He has also been named to the Franklin Business Center Advisory Board.

• Chris Cornwell Sr. of the Berlin/Ivor District is to serve on the Hampton Roads Transportation Accountability Commission, Hampton Roads Workforce Council, the Department of Social Services Administrative Board and the Tidewater Youth Services Commission.

•Carl Faison and Jones will be school board budget liasions.

• Lynda Updike will be on the Hampton Roads Economic Development Alliance.