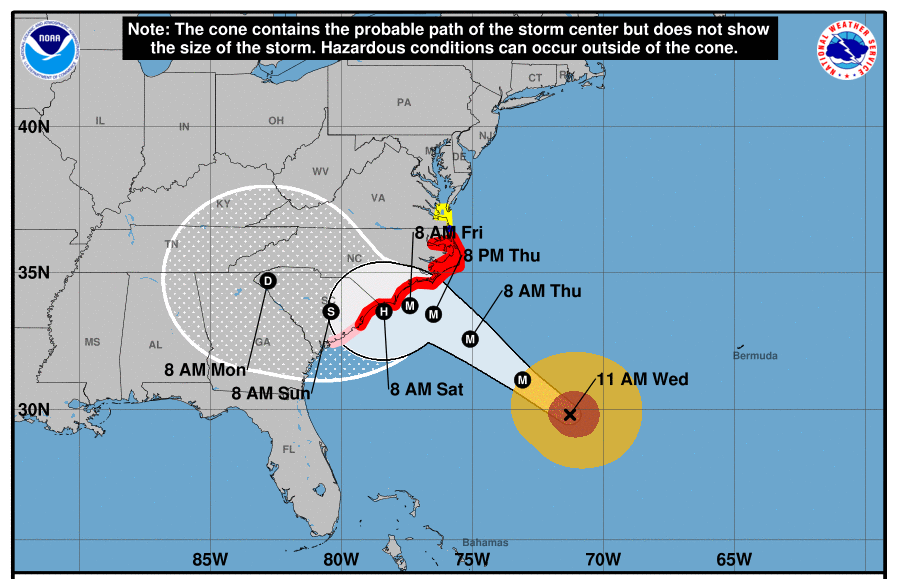 While a tropical storm watch remains in effect for the coastal areas of the Tidewater region, the 2 p.m. update from the National Hurricane Center now shows the forecast cone for Hurricane Florence bypassing most of Virginia. The storm has also been downgraded to a category 3 hurricane on the Saffir-Simpson wind scale.

According to the National Weather Service’s Wakefield station, Hurricane Florence is now projected to approach the southern North Carolina coast as a major hurricane early Friday morning. While the exact track remains uncertain, significant impacts are expected across the northeastern parts of North Carolina.

As for the Western Tidewater region of Virginia, Wayne Albright, a senior forecaster with the NWS’s Wakefield station, said that the city of Franklin and Southampton and Isle of Wight counties could see possible showers and thunderstorms for the rest of this week, with the likelihood increasing on Friday and Saturday. There should not be too much wind today and tomorrow, but 20 to 30 mph winds may occur on Friday going into Saturday, with possible gusts of between 35 to 40 mph.

Total rainfall for the region is now forecast at between 1 to 5 inches. Parts of Isle of Wight County near the James River may see storm surge of up to 2.5 feet departure from normal. This means a combination of 1 to 2 feet of surge from the hurricane, plus the effects of the tide and the impact of an anomaly the NWS has been tracking.

River flooding at the Blackwater or Nottoway should not occur until next week, if at all, depending on total rainfall. 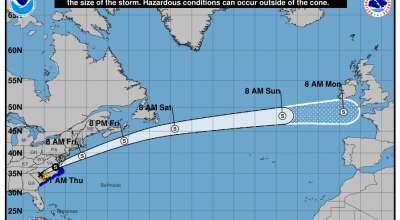