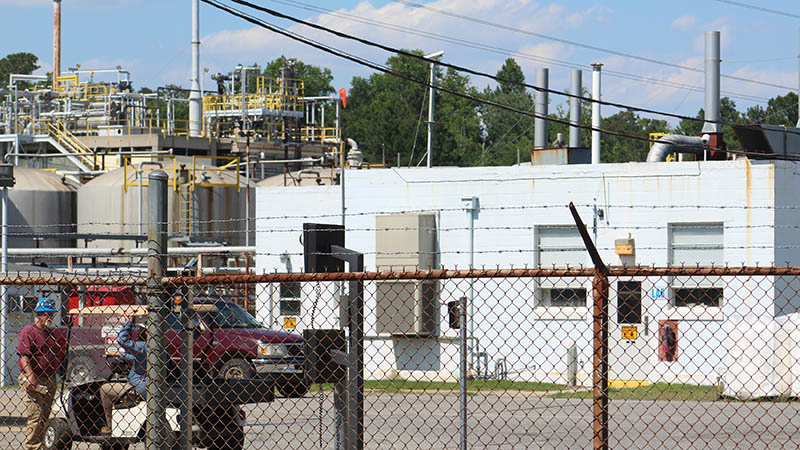 The Solenis LLC Hercules Pulp and Paper Division in Courtland was the site of an incident late Tuesday morning. The plant manager confirmed that an employee was exposed to ammonia. That person was taken for evaluation at the Southampton Memorial Hospital emergency room. -- File Photo

On Tuesday, an employee at the Solenis LLC Hercules Pulp and Paper Division was taken to the Southampton Memorial Hospital emergency room for evaluation following an exposure to ammonia.

This was confirmed by plant manager Scott Thomson, who said the incident took place at 11:30 a.m. in the section known as an ammonia chiller.

“We received a fire alarm in that area. The deluge system had tripped while an electrician was working back in area. We’re not sure yet what happened with him at the time,” Thomson said. “Ammonia was released. It was kept contained, and the operator went to the safety shower.”

Thomson added that the emergency response team was called in, and worked with the fire department when it arrived. The system was shut off to stop the flow of any ammonia.

The plant had been evacuated, and personnel walked the perimeter to ensure there were no leaks, which was verified. The site was safely shut down.

“Safety is our number one goal at Solenis,” Thomson added. “We care about our people. All the procedures were followed.”