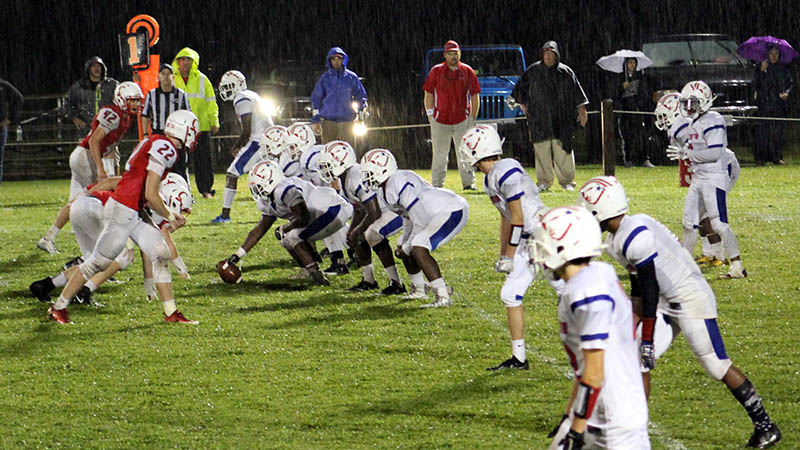 ISLE OF WIGHT
Ryan Boyce’s 42-yard touchdown run with :42 remaining in the game sealed a 21-6 victory for Isle of Wight Academy on Friday night over Portsmouth Christian at a rain-soaked William Hooper Field.

Boyce’s second rushing touchdown of the night came after PCS failed to convert a fourth-and-5 opportunity and turned the ball over on downs at midfield. Isle of Wight had fumbled on its two previous drives and PCS had a long touchdown run by quarterback Diondre Baker — on its first drive of the fourth quarter — called back by a holding penalty.

On the ensuing punt, Charger kick returner Colby Williams drifted back to his own 15-yard line and bobbled the punt briefly. A turnover at that point would have given PCS the ball deep in IWA territory, down 14-6, with about 6:00 to play. Instead, Williams picked up the ball and rambled 37 yards to set IWA up at midfield.

Baker opened the scoring in the first quarter when he rambled 34 yards on second-and-short. The Patriots could not convert the PAT and took an early 14-6 lead.

But IWA countered with a 12-play, 59-yard drive aided by two PCS penalties, the latter a defensive pass interference call in the end zone, which set up the Chargers with a first down at the PCS 4-yard line.

Hunter Edwards ran it in from the 3 three-plays later and junior kicker Tre Powell converted the PAT to make it 7-6 IWA.

Williams, the sophomore returner, also had a sizable run on another PCS punt that started a seven-play, 33-yard drive, capped by Boyce’s 8-yard run with 6:53 left in the third quarter.

The two squads combined for 11 turnovers on a rainy night. Each quarterback had an interception. IWA fumbled five times, losing three of them; PCS fumbled four times, recovering all.

Boyce finished the game as the Chargers’ leading rusher with 119 yards on 14 carries, nearly outgaining the Patriots’ entire offensive output (133 yards). IWA had four different ball-carriers and rushed for 221 yards. 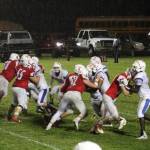 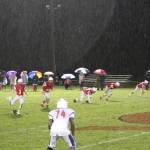