COURTLAND
When Anthony Martinette proposed to his girlfriend, Cherene Shaffer, he wanted people to know right away. So he did it on the main stage during the Franklin-Southampton County Fair in front of witnesses, most of them as unwitting as Cherene. 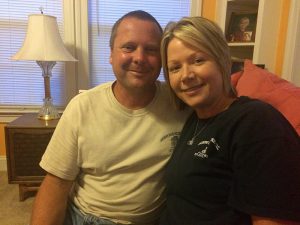 The proposal was three weeks in the planning, said Martinette. A raffle was arranged between performances of bands. Her name was “drawn” and she went up on the stage thinking she had won $1,000.

Cecil Edwards, serving as emcee, then calls up Martinette as a fair sponsor. She still didn’t have a clue.

“‘Where’s my thousand dollars,’” Schaffer said she recalled saying then.

The surprise of “winning” increased when he got down on bended knee and declared his love and desire for them to be married, which she accepted.

Everyone who saw cheered and applauded, of course.

“I knew I loved her the first time I saw her,” he said, adding his gratitude to Fair president Glenn Joyner and other personnel, without whom the proposal would never have happened as it did for them.

Shaffer, the daughter of Yvonne White, moved to this area when she was 12 years old with her mother from Daytona, Florida, and later married Thomas White. She is a school teacher.

The groom-to-be, formerly of Virginia Beach, is the son of the late Michael and Cleo Martinette. He has been in Courtland for 12 years, work as the owner of Anthony Drake Builders LLC.

He has two sons, Anthony and Nick. She has three children of her own, Chase, Kimberly and Shelby.

No date has yet been set. 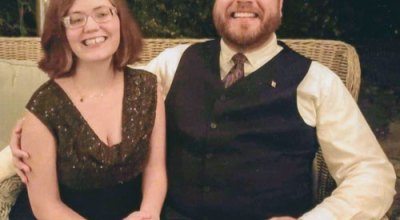 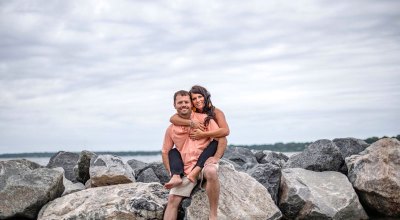