FRANKLIN
Dr. and Mrs. James Michael Ponder of Franklin, Virginia, are pleased to announce the engagement of their daughter, Miss Kylee Ruth Ponder, to Mr. Ryan Ferguson Schilling, son of Mr. and Mrs. John Michael Schilling, all of Richmond, Virginia. 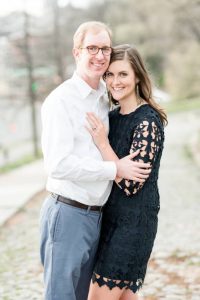 Miss Ponder is a graduate of Franklin High School, and received a Bachelor of Arts in linguistics and a Master of Arts in Elementary Education, both from the College of William & Mary.

She is a third grade teacher with Chesterfield County Public Schools.

Mr. Schilling is a graduate of the Collegiate School and received a Bachelor of Arts in history from Hampden-Sydney College.

He is a corporate sales manager with the Jefferson Hotel.

A December wedding is planned.

SEDLEY Jenna Marie Lusk and Stanley Ames Anderson will be united in marriage during a private beach ceremony on June... read more