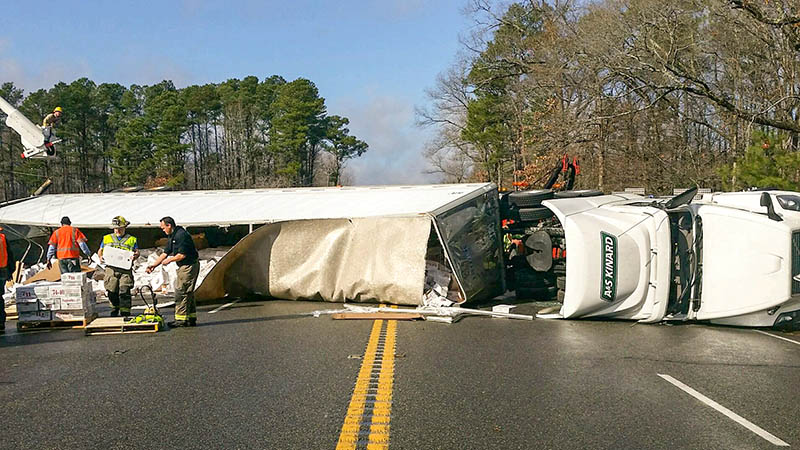 First responders unload boxes of tomato sauce from a tractor-trailer that overturned Thursday morning on General Mahone Boulevard, blocking traffic both ways for about four hours. There were no injuries. -- Submitted | Southampton County Sheriff’s Office

IVOR
A tractor-trailer that overturned on General Mahone Boulevard on Thursday morning blocked traffic for about four hours.

Maj. Gene Drewery said that the Southampton County Sheriff’s Office received a call about a major vehicle crash at approximately 9:53.

The accident involved only the one vehicle, which was loaded with tomato sauce.

Michael P. Hill, the driver, was not injured.

Drewery added that investigators stated it appeared Hill, 38, ran off the side of the road and over corrected. The Henrico resident was given a summons for failing to maintain control.