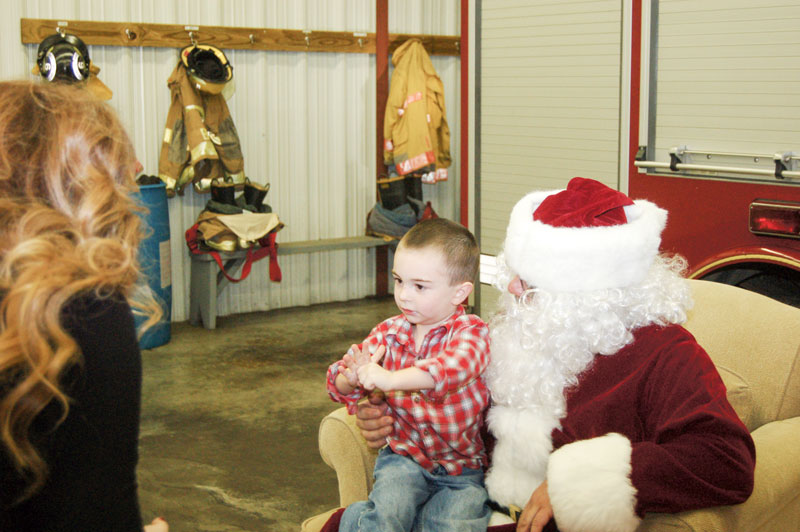 Merle Monahan Tidewater News Santa listens as a boy describes what he wants for Christmas. The visit took place earlier this week at the Ivor Volunteer Fire Department.

According to former fireman Merrell Carr S.r, now deceased, the firemen wanted to “do something for their kids at Christmas time.” He joined the department shortly after it was organized in 1950.

“Someone came up with the idea to have Santa Claus stop by the department, talk to each of the kids and give them a little treat,” Carr recalled several years ago.

“Then afterwards, we could give them a ride around town on the fire engine,” he added.

“Well, soon after it started it became such a popular event, we included all the kids in the community. The kids loved it.”

Ivor Fire Chief Carl Garner estimated that more than 50 youngsters stood in line for nearly an hour for a chance to tell Santa what they wanted for Christmas.

“Some were a little shy,” said one parent with a smile, “but the looks of wonderment on their faces when they realized they were actually talking to Santa Claus was priceless.”