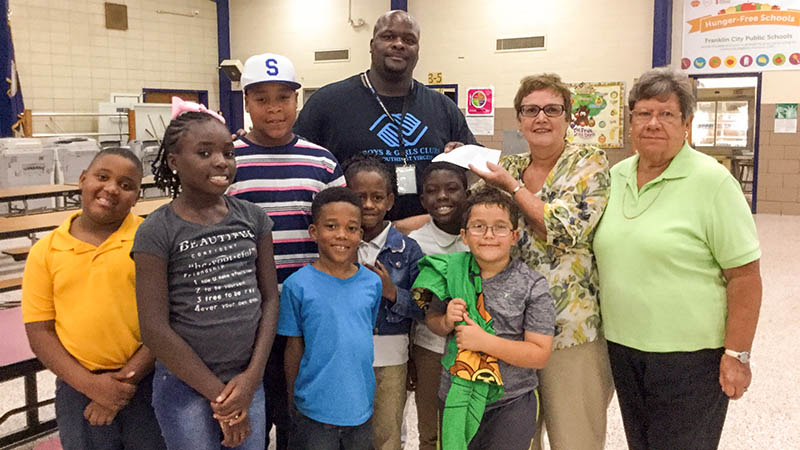 FRANKLIN
The Franklin Woman’s Club has disbanded after 84 years due to a dwindling membership.

The Woman’s Club held its last meeting on Sept. 14 at the Village at Woods Edge, and has since been in the process of disbursing their remaining club funds to various local nonprofit organizations.

A majority of the funds donated came from money the club had earmarked to buy a building, which was never purchased.

In addition to these donations, the club has contributed funds to numerous nonprofits and community initiatives throughout its 84 years of service.

In 1925, the club’s garden committee branched off to form the Franklin Garden Club.

In 1950, the club formed its hospital auxiliary committee, which later became the Hospital Auxiliary of Southampton Memorial Hospital and is still active in the community today.

The club donated funds for the purchase of furniture to the Children’s Center when it opened, and gave money to the East Pavilion Nursing Home to buy a lift for the South Wing of the home. The club donated $1,000 to the building of the Ruth Camp Campbell Memorial Library and sponsored the reception for the Franklin Music Study Club recital for nearly 35 years.

For several years, the club has sponsored a fundraiser for Operation Smile, which helps provide surgery for children with deformed faces. The club has also given a scholarship to a high school senior every year for many years. The club’s last $1,000 scholarship went to Elizabeth Oem of Southampton High School, who is now attending Virginia Tech.

The club has also given a Paul D. Camp Scholarship for many years to students returning to college. The last recipient of this scholarship will be chosen by Paul D. Camp Community College for the spring semester.