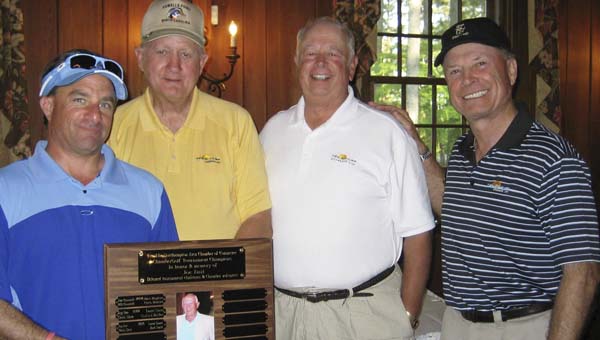 The team scored a 61 and will have its names added to the Joe Dail Low Gross Tournament Champions plaque. Dail was tournament chairman for many years.

The awards dinner was sponsored by Mr. and Mrs. William H. Goodwin Jr.

Smith Jewelers offered a one-carat diamond for a hole-in-one on hole 10, which no one carded.