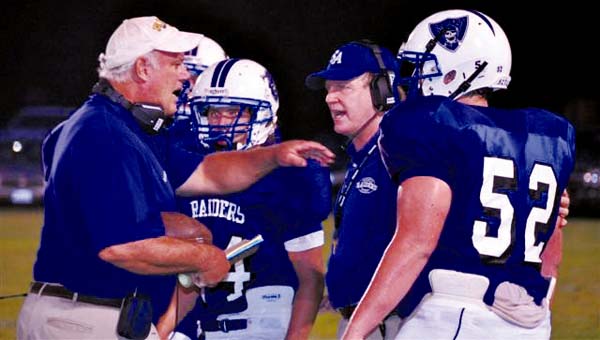 Maxey, who played quarterback for most of the game, carried the ball eight times for 120 yards and one touchdown. He also completed three of four passes for a total of 35 yards.

Senior teammates John Hinkle rushed for 77 yards and David Bogese added another 59 on the ground.

The statistics tell the story.

The Raiders scored their first touchdown with 1:58 left in the first quarter on a 2-yard run by Hinkle. Maxey kicked the extra point.

Maxey scored on a 32-yard run with 11:51 left in the second quarter and kicked the extra point, giving Southampton Academy a 14-0 lead.

Hinkle scored on a 1-yard run with 6:31 left in the half. Maxey’s kick failed.

Opening the third quarter with a 20-0 lead, the Raiders scored its final points with 6:54 left in the third quarter on a 4-yard run by Bogese. Bogese failed to make the 2-point conversion, missing it by a ½ yard.