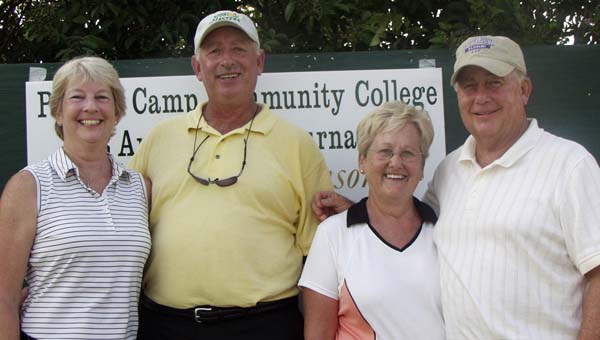 Russ Bradshaw had the longest drive for the second consecutive year, and Tyler Peck had the straightest drive. The 50/50 Putting Contest was won by Brad Cofer.

The tournament included 21 teams at Cypress Creek Golfers’ Club in Smithfield. Hosted by the PDCCC Foundation, the fundraiser was held to aid in student scholarships, and staff and faculty needs.

Smithfield Foods was the primary sponsor of the event.

The 8th Annual PDCCC Golf Tournament will be held next year in Franklin.