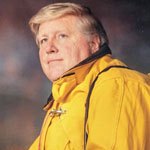 Arthur was a 1956 graduate of Southampton High School, attended Chowan College and served in the Air Force during the Vietnam era. He was a retired transportation controller for Union Camp Corporation.

He was a long-time fire chief for Branchville Volunteer Fire Department and a former president and treasurer of the Southampton County Fire and Rescue Association. Arthur was also a long-time mayor of Branchville.

A memorial service will be held at 2 p.m. on Sunday, Oct. 30 at Wright Funeral Home. In lieu of flowers, the family suggests that memorial donations be made to Branchville Volunteer Fire Department.