BOYKINS – Francis Brett Bunch, 80, passed away on Oct. 9, 2022 in Accordius Health at Courtland. Born in Norfolk, he was a son of the late John Franklin Bunch and Mildred Schultz Bunch. He was also predeceased by a daughter, Jennifer Bunch and a brother, Billy Bunch. 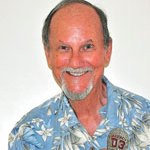 Francis was a graduate of Oscar Smith High School, a graduate of Virginia Tech and was an Army veteran serving during Vietnam. He was a retired district manager for Kinney Shoes, owner of Advantage Realty in Virginia Beach, a photographer for Auto Trader Publishers and owner of The Village Peddler in Boykins. Francis was a member of Newsoms Baptist Church.

A memorial service with military honors will be held at 3 p.m. on Sunday, Oct. 16 in Newsoms Baptist Church with the Rev. Tom Wallace and the Rev. David Kliendinst officiating. A reception will follow in the church. Inurnment will be in Albert G. Horton Jr. Memorial Veterans Cemetery at a later date. The family suggests that memorial donations be made to Newsoms Baptist Church.