FRANKLIN – William Donnie Wright, 73, passed away on Sept. 21, 2022 in his home with family by his side. Donnie grew up in Como, North Carolina and was a son of the late David Edgar Wright Sr. and Hazel Vann Wright. 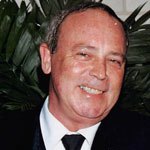 Donnie was a 1967 graduate of Murfreesboro High School and a former Virginia National Guardsman. He was the co-owner of Franklin Transportation and a member of Franklin Congregational Christian Church.

A memorial service will be held at 3 p.m. on Monday, Sept. 26 in Wright Funeral Home with the Rev. Hoyle Green officiating. The family suggests that memorial donations be made to your local animal shelter.