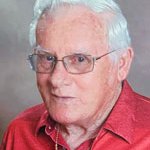 me surrounded by loved ones. Jack Jr. was the son of the late Jack Thomas Story Sr. and Victoria Ferguson Story. He was predeceased by his sister, Susan Bunch, his daughter, April Cutchins and his nephew, Trent Story.

Jack Jr. attended Carrsville High School and Fork Union Military Academy. He was not a fan of structured education and instead left school to work in his father’s business. He later went on to work at Union Camp and Estes Trucking. He followed his entrepreneurial spirit and became the second-generation owner of Jack Jr. Towing and Auto Repair. The business is celebrating 70 years of continuous operation and is now being run by his daughter.

Jack Jr. loved his community and assisted many organizations during his life. He was a Moose member and held many offices including president of the Franklin Lodge. He was a member of the Carrsville Ruritans and enjoyed helping with suppers and events. He especially loved Carrsville and Franklin Fire Departments. He donated hundreds of vehicles to be used for training.

He absolutely loved the towing community. He sat on the board of directors for Virginia Association of Towing and Recovery Operators (VATRO) for many years. He was passionate about keeping drivers safe and was featured in a VDOT Incident Management video about safety. He particularly enjoyed the tow shows, conventions, driving competitions, barbeques and fellowship with other tow operators. He enjoyed taking his trucks and entering them in the beauty contests held at tow shows. Although the work was hard, he loved every minute of it. Towing gave him the opportunity to be a beacon in a storm for many people.

The family will receive friends Sunday, Sept. 4 from 5 – 7 p.m. at Wright Funeral Home. The funeral will be held at 2 p.m. on Monday, Sept. 5 in Wright Funeral Home with Pastor Warren Johnson officiating. The burial will follow at Southampton Memorial Park. Memorial donations may be made to the Carrsville Ruritans, Carrsville Volunteer Fire Department or Beaverdam Baptist Church in Franklin.