CAPRON – Joan Loftin Marks, 78, passed away peacefully on July 17, 2022. She was born Aug. 3, 1943, to the late James B. Loftin Jr. and Hazel Dyer Loftin. Raised in the Chesapeake Beach area of Virginia Beach, Joan graduated from Princess Anne High School. She attended Longwood College prior to getting married and then moved to Franklin where she raised her family. Joan was a loving wife to her late husband, Paul Camp Marks. They traveled 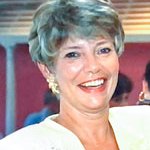 extensively and settled into a fulfilling life on Marks Farms in Capron, Virginia. Joan loved to entertain family and friends, host family holiday celebrations, plan campfires and hayrides, take the kids to put pennies on the train tracks, and play Bridge. If she loved you, she fed you and her southern cooking skills were incomparable. She lavished her loved ones with mouthwatering meals that were always topped off with a homemade pie or pound cake for dessert. No one left the farm hungry. Joan was an amazing mother to her sons, a loving Gigi to her grandchildren, a caring mother-in-law, stepmother, stepgrandmother and loyal friend to many. Joan was a beautiful and elegant woman who loved being a mother to her three boys. Her ultimate reward was becoming a grandmother and finally having some girls to spoil.

Services will be held on Aug. 20, at 11 a.m. at High Street United Methodist Church, 31164 Camp Parkway, in Courtland. Please join the family for a reception immediately following the service at Main Event, 110 Main Street, Franklin. Dress is casual. In lieu of flowers, donations may be made in Joan’s memory to the Alzheimer’s Association or to a charity of your choice. Many thanks to the caring staff at the East Pavilion, Asa’s Village and Comfort Keepers for the care they provided Joan.