SUFFOLK – William Wallace “Billy Buck” Martin, 83, went to be with our Lord on Monday, July 11, 2022. Born on Aug. 6, 1938, in Huntington, West Virginia, he was a son of the late John Wallace Martin and Thelma Tull Martin. He was also predeceased by his first wife, Beverly Ann Pancoast Martin and two brothers, Harry and Johnny Martin. 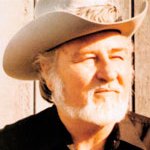 He was a resident of Williamsburg, Virginia for 45 years and more recently resided in Suffolk for the past five years.

Billy was a graduate of Hampton University, a lifetime Mason and a former little league baseball coach and scout leader. He was a veteran of the U.S. Navy, U.S. Air Force, and the U.S. Army. He served two years in Turkey as a boat captain where he was given the honor by the men who served under him, “Leader of a Thousand Men.”

Billy was an international singer, songwriter, composer, and owner of Our Dreamcatcher Publishing and Martin Music LLC. He performed at over 300 nursing homes, disabled veteran’s groups and children’s groups.

A funeral service will be conducted at noon on Tuesday, July 19 in Wright Funeral Home in Franklin with the Rev. Tom Holland officiating. Burial with military honors will be at 2 p.m. in Albert G. Horton Jr. Memorial Veterans Cemetery. The family will receive friends at the funeral home one hour prior to the service (11 a.m.). Flowers are welcome or memorial donations may be made to the Alzheimer’s Association, 6350 Center Drive, Suite 102, Norfolk, VA 23502. For those who wish to listen to Billy’s music, you may go to CDBaby.com or search Billy Buck Martin at Raremetalrecords.com. The service will be livestreamed.