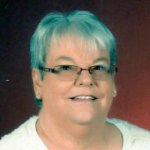 In addition to her parents, JoAnn was preceded in death by her brothers, Joseph Willard “Butch” Beale, Jr. and Jerry Wayne Beale.

Arrangements have been entrusted to Seymour Funeral Home and Cremation Service. Online condolences may be expressed at www.seymourfuneralhome.com.