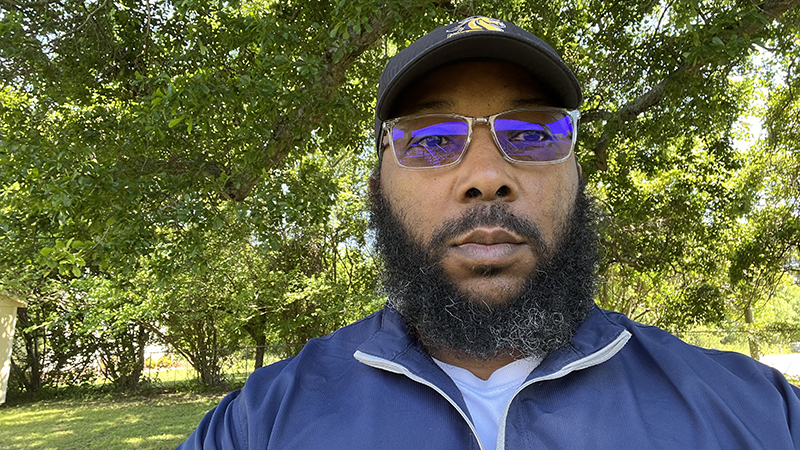 Franklin High School has a new but familiar face leading its football program as it prepares for the 2022 season.

Hill, a 1997 FHS graduate, said the two primary words describing his reaction to receiving the position were “excited” and “nervous.”

“Honestly, I was just blown away with the opportunity that was put in front of me,” he said.

A former Broncos quarterback, running back, wide receiver and cornerback, Hill has at least 10 years of experience as an athletics coach, including a year as an FHS assistant football coach and years as a little league football coach of the Franklin Mustangs.

“Lamont Hill was the clear choice to be Franklin High School’s next football coach,” FHS Principal Travis Felts said. “He is an upstanding member of the community, surrounds himself with quality people and is an excellent example of how to be successful in life.”

Felts noted that Hill, with his background in Franklin and at the school, knows the opportunities and challenges he will face.

“He loves our school and our students,” Felts said. “He is in coaching for all the right reasons. He shares our vision of emphasizing academics first, representing our school and city in a positive way, displaying great sportsmanship, instilling responsibility and work ethic in our students and being good citizens in our community.”

In addition to his aforementioned football coaching experience, Hill has also been serving as head coach of Franklin’s varsity baseball team.

“He has the character, commitment, community contacts and knowledge to build a program that all of us can be proud of,” Felts said.

Hill said that his vision for the Franklin football team is “just to show the guys the opportunity that’s in front of them — that’s winning on the field and off the field, just building a program, not just a team.

“A team only lasts so long, but a program continues,” he said. “You have the community behind the program, you have the school behind the program, because there’s a lot of students in the school that they just go to school, but when you’ve got a program, a product out there on the field that you know is going to perform, it creates a certain excitement that, ‘Hey, I’m going to go out, and I’m going to support my school as a fan.’”

He said that the mindset of team members in this scenario is one that communicates, “I’m going to go out and I’m going to continue to represent my school and my community.”

This is especially relevant when the team is on the road, Hill said.

“(Opponents) see the white bus, the Bronco stampede coming, ‘Oh, that’s Franklin coming to town. We already know what they’re going to bring,’” he said. “So it’s just creating a program that’s going to continue to function at a high level throughout.”

Hill said he is offensive-minded when it comes to football.

In terms of coaching the defense, he said, “I’ll sprinkle in here and there as far as maybe there’s a suggestion or something or to make an adjustment, but with the exception of that, my defensive coordinator, he’s going to handle the defense.

“Offensively, it’ll be me along with a combination of another offensive assistant, and we’ll bounce things back and forth off of each other,” he said. “One will be up in the booth, and naturally, I’ll probably be down on the field, so one may see something that the other one doesn’t see, so we’re going to work together offensively.”

Sterling gets back in the classroom at S.P. Morton