MOUNT PLEASANT, South Carolina – Tommy “Bo” Lewis, 82, beat dementia the best way he knew how: on vacation with his feet up. With his beloved family close by, Tommy suffered a peaceful stroke in his sleep. For anyone who knew him, there was a joyfulness and a succinctness to his humor that often belied a very wise man. He rarely needed encouragement to look for the positives in life, and no doubt would’ve had a quip for us here. 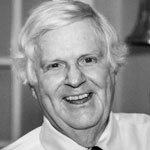 The son of the late Herbert and Jessie Hurd Lewis, Tommy was born in Franklin, Virginia in 1940. He reported each of these facts with pride, but especially the first one. Like so many men of his generation, emotionality wasn’t often on display with Tommy, but if you wanted waterworks, one need only ask him about “his wonderful mom.” Or dad, for that matter.

Tommy graduated Randolph Macon College, in his own enthusiastic retelling of it, “by hook or by crook!” He promptly enlisted in the U.S. Army, graduating OCS and becoming an officer. He would credit all three influences – family, Franklin and fraternity – as being fundamental to the businessman he became. After moving to Virginia Beach in the 1960s (reportedly fun), Tommy began a long career in banking. Indeed, if you used an ATM card in the 1990s, there’s a good chance Tommy Lewis played a small part in making that experience possible. In the early 1980s Tommy met fellow banker and future wife, Sally Harrison. Together, they had one (very proud and very grateful) son.

Tommy is survived by his only child, Harrison Lewis, as well as his surrogate son, Edson Diaz and his beloved partner for the last decade of his life, Margaret Skinner. Tommy is further survived by his beloved brother, Herbie; sister-in-law, Rita Lewis and if you asked him, one of his all-time personal heroes, “the greatest ever grand-niece,” Ms. Paige Parker.

A graveside service will be held at Poplar Spring Cemetery in Franklin, at 1 p.m. on Saturday, June 25 with a reception to follow at Cypress Cove Country Club.

A subsequent celebration of his life will be held at Tommy and Margaret’s home in Mt. Pleasant, South Carolina on July 9, at 6 p.m.

Donations can be made by stopping to talk to a stranger on the street and endeavoring to make them smile.