COURTLAND – Kevin P. Sizemore, 47, beloved husband, son, brother and uncle went to meet his Heavenly Father and family on May 26, 2022. Kevin passed away at Southampton Memorial Hospital in Franklin. 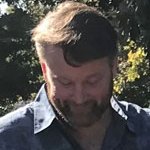 Kevin, along with his wife, Dawn, lived on their farm in Courtland. Kevin was born in Newton, New Jersey but spent most of his life in Isle of Wight and Southampton County.

He was predeceased by his father, Danny Sizemore and his older sister, Cathy Sizemore. He leaves behind his beloved wife of 25 years Dawn Sizemore, his adoring mother, Patricia Sizemore, his brother Jimmy Sizemore (Jill), a sister Melanie Herring (David), his beloved nieces and nephews, his Godmother Sandy Sach and his beloved four-legged children.

He was an extremely strong man physically, mentally, spiritually and had a work ethic second to none. His work was as a traveling mechanical technician for F.R. Drake for 10 years. He was a past employee of over 20 years for Smithfield Foods.

Kevin enjoyed traveling and riding his four-wheeler with his wife on their farm. He truly loved watching the work of his and his wife’s hands grow. And he enjoyed watching his nieces and nephews grow as he spent lots of quality time with them all during the summers. He will be greatly missed by the many who love him.