COURTLAND – Senior Chief Dwight David Hazard, 76, of Courtland, joined his Heavenly Father on May 26, 2022. Dwight was born July 21, 1945 and was raised with his four brothers by Clinton and Betty Macauley on Pilgrim Lake Cranberry Farm. 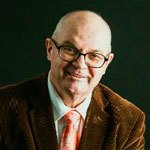 He spent 26 years serving his country in the United States Navy and while stationed in Michigan met his soulmate, Sue Ann Burns, while lifeguarding at the base pool. Not one for traditional pickup lines, he called her mama’s house to inform them she had left a personal item at the pool – her little sister’s floaties. This ignited the spark that led to a wonderful marriage spanning the course of 55 years. Family was of the utmost importance to Dwight, which also included his Masonic brothers and church family.

Dwight never met a stranger and was so proud of his humble roots and strong work ethic. He retired not just once, but three times during his life; then later became an ordained minister and served as the pastor of Burton’s Grove Christian Church. He was a fantastic storyteller and always had a joke to share. If ever there was a lull in a conversation, he would promptly fill it with some of his favorite tales and family accomplishments.

He was so proud that his strong work ethic was instilled in his three daughters and their spouses: Shannon and Anthony Hacker, Colleen and Michael Maxwell and Cathleen Mann. He was even prouder of the fact that his children are instilling that same work ethic in his grandchildren and his great-grandchildren: Amanda and Ron Ewald with Peighton, Jameson and Lincoln, Chelsey and Brandonn Bicknell with Ashton and Ellie, Devin Hacker, Victoria Hazard, Matthew Mann and Rachael and Jackson Maxwell. He is survived by his brother, Richard Scott Hazard and preceded in death by his three brothers: Carleton, Mark and Grant Hazard.

The visitation will be on Wednesday, June 1 from 6 – 7:30 p.m. and the funeral will be on Thursday, June 2, at 2 p.m. at Wright Funeral Home in Franklin. In lieu of flowers please send memorial donations to the Masonic Home of Virginia, 500 Masonic Lane, Richmond VA 23223. Anyone who knew our father can appreciate his many “Hap-isms” – little quirky phrases to which we often rolled our eyes. He often joked about what his last words would be and since he is no longer here we will say it for him, “ Beam me up, Jesus!”