FRANKLIN – Rosa Mae Chappell Greene, 71, widow of Roy Clyde Greene Sr., passed away April 18, 2022 at Southampton Memorial Hospital. She was a longtime resident of Franklin, one of eight children of the late Herman Ray Chappell Sr., and Rosa Umphlette Chappell. She was a deli manager for Food Lion in Franklin, Murfreesboro and Suffolk for 23 years and was a member of Jordan’s Crossing Church. 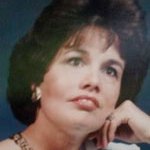 A funeral service will be held at 2 p.m. on Thursday, April 21 in Wright Funeral Home, with Pastor Jim Lewis officiating. A visitation will be held one hour prior to the service at the funeral home. The burial will follow at Southampton Memorial Park. The family suggests memorial donations be made to Jordan’s Crossing Church, 9428 South Quay Road, Suffolk, VA 23437.