FRANKLIN – Margie Raybon Shirley, 91, passed away on Monday, March 28, 2022 in Franklin, Virginia. Margie was born Oct. 13, 1930 in Meridian, Mississippi to the late Samuel and Vera Raybon. She was also predeceased by her husband of 67 years, Brady Shirley Jr.; a son, Sidney Wayne Shirley; a special daughter-in-law, Pamela Snead Shirley; as well as her brother, James Wesley Raybon. 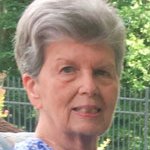 Brady and Margie and their four children lived in Meridian, Mississippi until 1964 when Brady accepted a job in Winston-Salem, North Carolina. All of the children graduated from high school in Winston-Salem and went to colleges in North Carolina. Through Brady’s career there were several relocations. Upon Brady’s retirement, they moved to Palm Harbor, Florida.

Margie can best be described as a devoted wife, mother, grandmother and great-grandmother. She prioritized her life for her family. She was very involved with the PTA while her children were growing up. Margie enjoyed volunteering in political campaigns and was a devoted supporter of St. Jude Children’s Research Hospital. She was an active Bridge player and enjoyed playing tennis with her neighborhood friends. Margie enjoyed traditional southern cooking and was a devoted Atlanta Braves fan. Brady and Margie enjoyed traveling in Europe and across the United States.

There will be a graveside service at a later date in Sylvan Abby Memorial Park in Clearwater, Florida. Online condolences may be offered to the family at their funeral home website.