‘Like a dream that I’ve been chasing for years’ 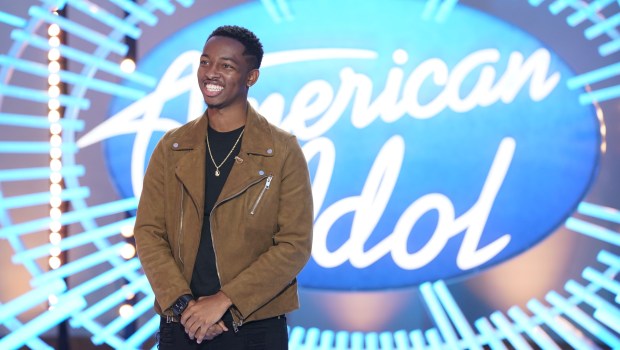 Tobias Hill, who is a music director at Celebration Church Franklin, impressed “American Idol” judges Lionel Richie, Katy Perry and Luke Bryan during his initial audition, prompting them to send him through to the next stage of the competition. (Courtesy ABC)

Southampton Middle and High School Chorus Teacher Tobias Hill has been teaching lessons to his sixth- through 12th-grade students on national television the last couple of weeks as he lives out a dream-turned-reality as a contestant on “American Idol.”

“I’m just grateful for this journey that I’m on,” he said during a phone interview Tuesday afternoon, March 29.

His “American Idol” journey began with him taking a chance.

“One of my friends sent me the link for the virtual audition,” he recalled, “and I was like ‘Uh, I don’t know. I might get rejected and they tell me no, and I’m nervous. I don’t know what song I would sing.’ But then one of my friends told me that I should go for it, and then I talked to my parents about it. I asked them, ‘Should I go for it?’ And they’re like, ‘Yeah, son. You never know unless you try.’”

“So, yeah, I took a chance, and I’m so glad I did, because here I am now,” he said, speaking from California. “I auditioned and I received three yeses from Ms. Katy Perry, Mr. Lionel Richie and Mr. Luke Bryan.”

During Hollywood Week, he got through Round 1, which was the Genre Challenge.

“So like I keep saying, I’m just grateful and I’m just blessed and I’m honored, and I feel like this is the right time and the right moment for me,” he said.

Up next will be duets, and he has heard that there will be a twist to it.

Hill has been able to keep in touch with his students back in Southampton County, and they have been excited to see their chorus teacher on national TV.

“My students, they are on Cloud, maybe 80,” he said. “Not even Cloud 9. They’re on Cloud 80. Those students of mine, they’ve been so supportive, and I just thank God for them.”

Giving a sampling of the messages they send him, he recalled, “‘Mr. Hill, we just saw you up there on TV, and you look like a movie star, and you did great.’ My kids be hyping me up, man. I’m really doing this because of them and for my family and for all of my friends and everybody that I know and even people that I don’t know that I want to inspire.”

Hill, who is 26 years old, brings a strong music background to his current opportunity.

“I come from a musically inclined family,” he said. “Everyone in my family either sings or plays an instrument.”

He said he started off singing in his grandfather’s quartet group.

“But I went to North Carolina Agricultural & Technical State University in Greensboro, North Carolina, and that’s when I was under the tutelage of Maestro Travis Alexander.”

Alexander was the director of the university choir there.

“He took me under his wing, he taught me how to do different things with my voice and how to perform, how to entertain, how to keep my voice in good health,” he said.

Since then, Hill has been performing. During the pandemic, his performances were online, on Instagram, and he noted that he performed in front of people like LL Cool J and Eric Dillinger and a lot of other different A-list artists.

Hill said he loves a variety of musical genres, including pop and country, but the ones he is strongest in are R&B, jazz and gospel.

“I’ve just been working,” he said. “I’ve been working for a mighty long time, and I’m glad now that I actually have the chance to showcase what I have and what I have to offer to the world.”

He noted that what has excited him the most about the “American Idol” experience has been having the opportunity “to be around so many great singers, all in one space and in one place — I love that the most.”

He said he loves the judges, having been a fan of all three of them for years.

“I feel like the whole experience so far has been like a dream that I’ve been chasing for years, and so for it to actually be my reality now, to be honest with you I really can’t think of any other place I would rather be than to be on ‘American Idol,’” he said. “It’s been a blessing, so I’m grateful for it.”

Hill, who is originally from the tiny town of Como, North Carolina, shared the message he wants to communicate to his students back in Southampton.

“I want my students to know that if a young man from a small town with less than a hundred people can make it to the iconic, legendary ‘American Idol’ stage, that they can too,” he said. “I want them to know that their gift is not just for them; their gift is to touch the lives of someone else, to inspire the next generation, to uplift as we climb, like my brothers in Omega Psi Phi Fraternity Inc. say all the time.

“So I just want to be that inspiration to my students.”