COURTLAND – Glen Allen Harrison Sr., 64, passed away on Jan. 20, 2022 with family by his side. Born in Louisiana, he was a son of the late Richard William Harrison Sr. and Dorothy Ingles Harrison. He was also predeceased by two brothers, Richard and Gary Harrison. 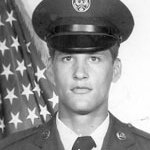 Glen was a machinist in the U.S. Air Force and also for EMC in Courtland. He loved fishing and going to flea markets with his best friend, Buck Bradshaw. Glen was a huge Raider’s football fan.