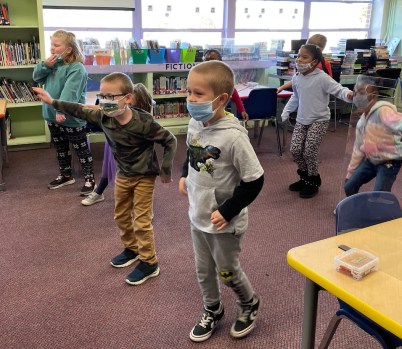 A school press release continued by noting that each homeroom has a jar that is filled with beans when good behavior is observed. The students compete each nine weeks to see who can get their behavior bean jars filled first. The winners get a party that is randomly chosen. Mrs. Hasty’s fifth-grade homeroom and Mrs. Butler’s first-grade class were the winners for the first nine weeks.

“The students had a blast and cannot wait to start the competition for the second nine weeks,” school officials stated in the release.