COURTLAND – God called an earthly angel home on Dec. 27, 2021. Barbara Pope Burgess passed away on Monday at Southampton Memorial Hospital with family by her side. Barbara was the daughter of the late Willie G. Pope and Jessie C. Pope. She was also predeceased by three sisters, Virginia King, Elizabeth Fowler and Gwen Overby; two brothers, Harvey Pope and Linwood “Cat” Pope. 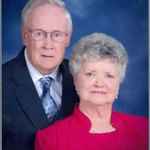 Barbara gave tirelessly to her beloved Vincent’s Grove United Methodist Church where she was a member for 58 years. One of her great joys was teaching the children’s Sunday school class. She dearly loved young children and they, in turn, loved her. Barbara was a child herself when around children. She taught many Bible studies in the county and to women in prison. Barbara was an active auxiliary member of the Gideons International. Her greatest devotion was to her family and church. Above all, she had a strong faith and believed in her God.

Barbara was a devoted wife, mother and grandmother. Family, both immediate and extended, was very important to her and she did all she could to keep the family connected and impress upon all the importance of family support. She was the matriarch of the Pope and Burgess families. She had a God-given talent with crafts and flowers. She could take the simple things and turn them into a work of beautiful art.

A funeral service will be held on Sunday, Jan. 2, 2022, at 2 p.m. in Wright Funeral Home in Franklin with the Rev. Fred Brockhausen and the Rev. Renee Edwards officiating. Burial will follow at Capron Cemetery. Visitation will be at the funeral home on Saturday evening Jan. 1 from 6 – 8 p.m.