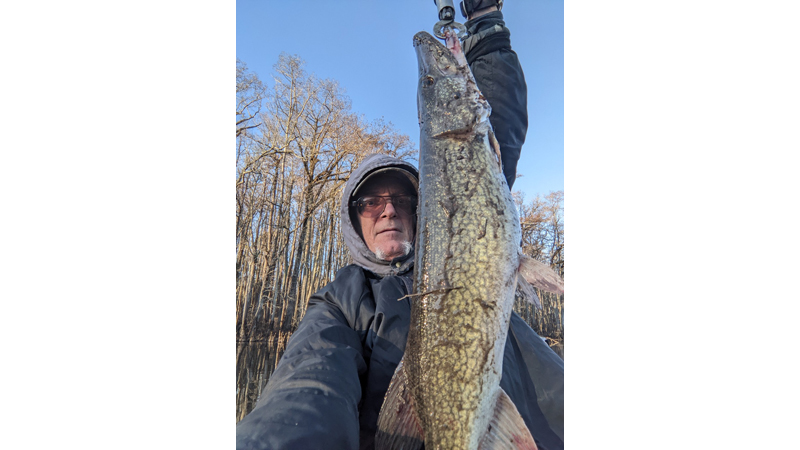 Spirit of Moonpie and I spent the 14th through the 16th on the Nottoway below Delaware. The water was very low, stagnant with a lot of surface crud, 47 degrees and clear. Air temps ranged from 32 to 68 degrees, once again very nice weather for human happiness.

The trash on this trip was practically non-existent. I also did not have any derelict limb lines, lures or fishing line to remove out of the trees. Amazing! Except for the nasty crud on the surface of the river, I saw no other water quality issues. I will be looking into the surface crud to see if it is coming from a specific source or if it’s just nasty river crud. Bridge work is also supposed to resume Jan. 3 at which time the bridge over the river will be closed again.

Truly the water conditions in the rivers is getting bad. The water was so low this trip I was able to successfully find and mark a boating hazard. Just downriver from the RR trestle there was once a saw mill there or some form of logging operation where logs were floated down the river to that location. To catch the logs a series of pilings were driven into the river bottom at an angle to the shore. This would catch the logs and herd them toward that shore. Two of these pilings that are very near the middle of the river are still there and I and others have occasionally hit them over the years. I have never been able to find them though to mark them until now. That was not an easy job by myself especially since the pilings were still a foot and a half underwater. I had to get rather wet in 47-degree water to hammer (underwater) a nail into the piling to attach a marker. I tried several times to get a noose around it, but that was impossible to do by myself. Anyway, it is marked for now until some idiot comes along and removes it as they always do for some reason. So, make a mental note of the location now.

The fishing on this trip was pretty good all things considered. I did not cast for bass etc. but for only about 30 minutes the entire trip. I did see some fellows catch a few and heard of a striper being caught also. The Yellow Perch are in the river getting ready to spawn. I caught all my fish in the blade bait, ¼ ounce small size vertically jigged. I didn’t catch a lot, but the seven Racoon Perch I put in my belly were very nice fillet size. I also caught a citation Chain Pickerel the weighed 4.2 pounds and another that went three. They also went in my belly….well, mine and several friends that came over and played some bluegrass Friday night. And well, that’s just another yummy reason I love to go out here on the two Rivers, we call the Nottoway and Blackwater.