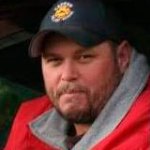 Michael was a 1989 graduate of Southampton High School and was an advanced EMT and firefighter serving the community for 30 years and a mentor to many firefighters. He was employed at Sentara MTI for 20 years, stationed at Capron Fire and Rescue. Michael was a very decorated firefighter and received The Governor’s Award for Pre Hospital Provider.

A fireman’s funeral will be held at 2 p.m. on Monday, Dec. 27, 2021 in Wright Funeral Home with Pastor Chad Brady officiating. Burial will follow in Capron Cemetery. The family will receive friends from 6 to 7:30 p.m. on Sunday in the funeral home and suggests that memorial donations be made to Capron Fire and Rescue.