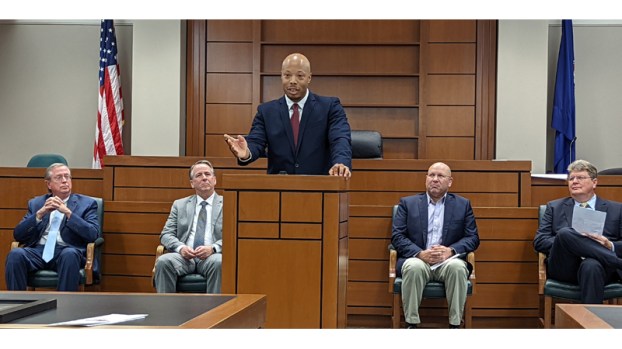 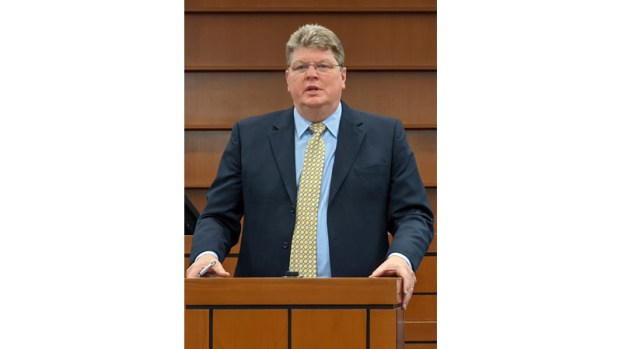 The vast majority of cases coming through the Fifth Judicial Circuit court involve drugs, according to an estimate from one of its judges, even if they aren’t directly connected to a drug-related crime.

It’s with that in mind that the court’s drug treatment program was reestablished. A formal ceremony held Dec. 2 in Suffolk’s Godwin Courts Building highlighted the need for the court and honored those who had a hand in seeing the program to fruition once more.

“It has been a long time getting to this point,” said Presiding Judge Wayne Farmer. “If anybody had ever asked me my advice about starting a drug court, the first bit of advice I will give is don’t start a drug court in the middle of a pandemic. It’s not conducive to getting things done.”

At the time public defender Elisabeth Culpepper proposed the idea more than two years ago, there was no thought of social distancing or a coronavirus pandemic, Farmer noted, and it has presented obstacles to getting the program off the ground.

However, he said they worked through those issues, having hired Terry Tate as the drug treatment court coordinator, and the return of the drug court is a welcome and much-needed addition. He also said that without Culpepper’s efforts, there would be no drug court.

“Whatever your role is in this,” Farmer said, “whether it is a judge, a prosecutor, a defense counsel, a probation officer or some other service provider, I think we will all universally agree that the revolving door at the courthouse that has become the reality for many of the individuals in our community with substance abuse problems does not benefit the defendant and it does not benefit the community.”

He said drug court provides something different and better, and it is one of the most-studied criminal justice initiatives, “and we know that it works.”

“I’m excited about the opportunity that those that find themselves before our courts will have to partake in drug court if they choose to do so,” Farmer said.

In spring 2020, the State Drug Treatment Court Advisory Committee gave the drug court its unanimous approval, with local professionals making up the core of the drug court team going through an intensive, two-day training. And besides getting funding from Suffolk and Isle of Wight County, it received a $330,500 grant from the Bureau of Justice Assistance, spread out over three years, to help start and operate the drug court.

Tate said it was an easy choice to accept the job, seeing it as an opportunity to do for others what was done for him and his parents, both of whom recovered from drug addiction. He said having lived in a small town in Alabama, he was thankful there was a drug court.

“I think my life has probably been saved because of the drug court that both my parents went through,” Tate said, “and they’re still around, and they’re sober and they live good lives right now. So I’m actually extremely thankful for this program and I was extremely happy to take this position.”

Tate said the mission of the drug court “is to provide a judicially-supervised (and) cost-effective collaborative approach for handling court-involved individuals with substance abuse disorders that promotes public safety, ensures accountability and transforms participants into productive members of the community through quality, compassionate treatment.”

The program involves what he described as an intensive five-phase treatment program for non-violent offenders who have significant substance use disorders. The drug court combines, he said, case processing, treatment service and offender accountability under the leadership of the court while focusing on treating the underlying causes of criminal behavior. It also uses cognitive behavioral tactics to keep people from relapsing.

“As we know, the traditional way is no longer working to help them,” Tate said. “And more recently, I think that number went up during the pandemic.”

Chief Judge Carl Eason Jr. said that while he hasn’t done a statistical analysis of it, he estimates that of the criminal dockets in the Fifth Circuit, the vast majority are connected in some way to drugs.

“I would dare guess that at least 70% of all crimes that come before the court for some type of adjudication and disposition, I’d say 70% are drug related. “It may not be a drug offense, it may be a larceny case, or an assault and battery type of case, but there’s an underlying component of drug use, and likely drug addiction, that has some impact and consequence on that criminal conduct.”

Taking into account civil cases, he said, half of all cases coming into court are drug-related.

Eason noted that there was a drug court at one time — around 2007 to 2010 before it stopped due to funding issues, he believes — and he is pleased for it to get back on track.

“I think it’s just important for the administration of justice and for our community,” Eason said, “because of the large impact that drug addiction and drug use has on our day-to-day routines and livelihoods and how we conduct ourselves out in the community, that we have this program.”