Movie Review: The Power of the Dog 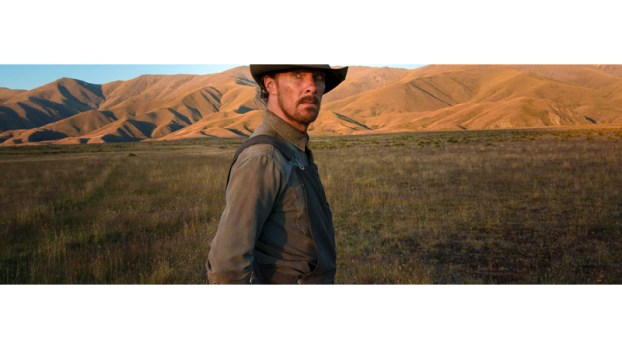 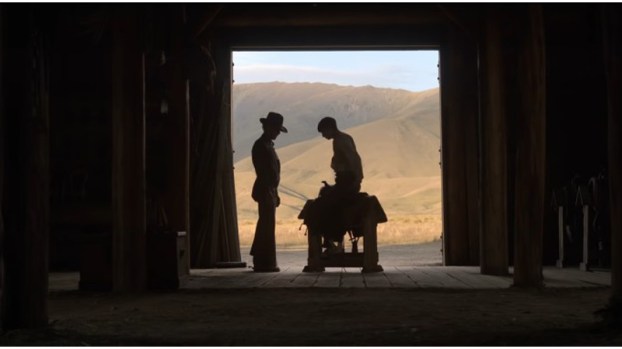 “The Power of the Dog,” written and directed by legendary filmmaker Jane Campion, is one of my biggest movie surprises of the year. It breathes new life into the Western genre, in part serving as a criticism on the exaggerated masculinity that we traditionally associate with this category of film. One of the surest signs of a good movie is when you cannot stop thinking about it for days or even weeks after you saw it. Not only have I been unable to stop thinking of this film for the last two weeks, but I cannot help but to talk about it with anyone else who has seen it. This is a film that zigs when you think it is going to zag, never going in the direction you expect, which truly is refreshing.

Please try to see “The Power of the Dog” in a theater, not only because the magnificent cinematography by Ari Wegner is a character itself, but also because the movie is a slow burn. It is the type of film that luxuriates in the buildup of tension between the characters, culminating in one of the best and most surprising payoffs I have seen on-screen in a long time. I fear if you watch this at home, you may be distracted, which will negatively affect that final gut punch. At the very least, do me a favor. Turn off your cellphone and watch after you put the kids to bed so you can really experience this film for all of its suspense-driven brilliance. And not only that, I think if you were to watch this multiple times, you would find a new Easter egg with each viewing. The second the film was over, I wanted to watch it again because I knew there were so many elements I missed.

Based on the 1967 novel by Thomas Savage, the film takes place in 1920s Montana and follows brothers Phil (Benedict Cumberbatch) and George (Jesse Plemons), who make their living by running a successful cattle ranch. Phil hides his Ivy League education beneath the “honest dirt” that coats his skin from his days working as the lead ranch hand. George, on the other hand, is more polished and focuses on the business elements of the farm instead of getting his hands too dirty.

Phil is a bully, speaking down to his brother by calling him “Fatso” and belittling pretty much anyone he comes across. When Phil, George, and the ranch’s cowboys stop into a small restaurant run by widower Rose (Kirsten Dunst) and her son Peter (Kodi Smit-McPhee), it does not take long before Phil starts making fun of the boy’s lisp and penchant for making flowers out of paper. Phil considers this behavior unbecoming of a man and takes it upon himself to make his disgust known. So imagine Phil’s shock when George takes interest in Rose, breaking up the brothers’ co-dependent relationship. When George marries Rose and moves her and Peter into the family house, Phil makes it his sole mission to terrorize his new family members, particularly Rose. But what would make a man be so relentlessly cruel?

It’s crazy that one of the foremost representations of masculinity I have seen on film was written and directed by a woman, but that shows the brilliance of Campion. In “The Power of the Dog,” she shows that masculinity can come in many different forms, and that the more overt, hyper-machismo version does not make you more of a man than anyone else. Sometimes it is the quiet acts of love and mental toughness that show the true nature of a man.

I had the honor of speaking with Campion at a Critics’ Choice roundtable in Los Angeles, where I asked her about this very topic and how she felt bringing this theme to light as a female filmmaker. Here is a spoiler-free snippet, “With the exploration of gender that is happening now…the book felt fresh as a place for a study of it. But as a woman living in a male world — basically the whole world has been created and we are living more or less in a patriarchy, especially in this industry — I don’t like alphas very much. I don’t think anyone really does because they are dominating and belittling and they just need to be the one big dude. It really annoys me. Normally Westerns are a story about unique alphas fighting it out together. But in this story, [Thomas] Savage so cleverly undermines what that really is. In Phil’s case, he is using it as armor.”

“The Power of the Dog” provides one of the best showcases for acting of any film this year, so it is no wonder that the cast is being talked about for Oscar nominations. Benedict Cumberbatch gives the best performance of his career, playing completely against type as a cruel, snarling bully. But his character is so incredibly layered, it is obvious that there is more hiding behind his heartless demeanor and Cumberbatch’s ability to portray these flickers of insecurity and pain are critical to bringing out the real tension weaved throughout the film. Cumberbatch is such an inherently likable actor, it would have been easy to try to find ways to make audiences root for Phil. But the filmmakers never take the bait; he is a jerk and a character you can never totally trust from beginning to end. Cumberbatch has spoken about the difficulty of being so difficult on-set, particularly because he stayed in-character throughout the entire filmmaking process. But it is that hard work and dedication that led to such a perfect performance on-screen.

Smit-McPhee has had many great roles over the years, but this is assuredly his breakthrough performance. His ability to play into his character’s awkwardness and meekness with a silent, simmering strength lingering in the background is the most important element of the film and a direct contrast to Cumberbatch’s over-the-top chauvinism. The always-amazing Jesse Plemons was also incredible in the film, playing another form of masculinity — the stoic, salt of the earth kind. Although he is painfully aloof to his wife’s troubles at home, he is an all-around good guy with the noblest of intentions.

But let’s talk about Kirsten Dunst, one of my absolute favorite actors who is literally great in everything she does. She is one of the few actors that can do any genre of film, now adding Western to her vast repertoire. I was so stressed for her character in this film, to the point I wanted to jump out of my seat. Her adeptness in conveying Rose’s vulnerability throughout the tense back-and-forth with Cumberbatch’s Phil is beyond nerve-racking. After all, Rose’s downward spiral is the main catalyst of the film, and Dunst’s ability to truly portray that fragility is hard to watch, but also a testament to her incredible performance.

“The Power of the Dog” is easily one of the best films of the year and is a proper cinematic experience and art piece that will live in your mind for days (or in my case weeks) after you see it. It is best if you go into the film knowing as little as possible, so do not let me catch you reading any plot summaries. Just enjoy being engulfed by the film’s many gifts and surprises.

“The Power of the Dog” is available in theaters Nov. 17 and will be available to stream on Netflix December 1.