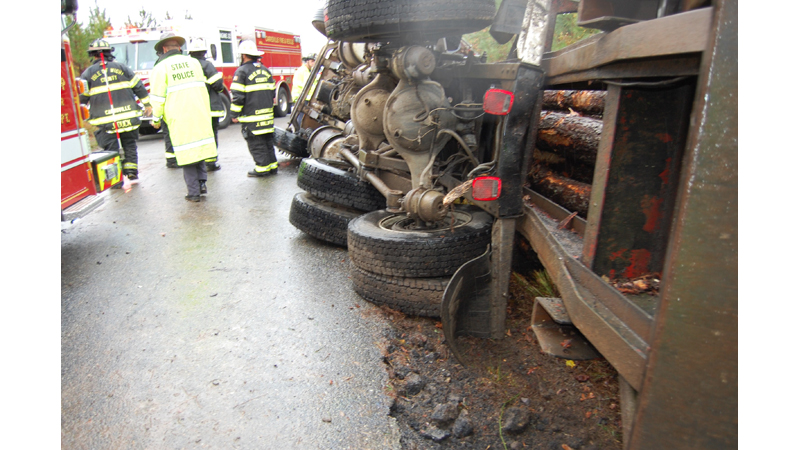 This photo shows the underside of the log truck that overturned in the 900 block of Old Myrtle Road in Carrsville on Monday morning, Nov. 22, leading to the death of the driver. (Photo submitted by Virginia State Police)

Virginia State Police responded to a single-vehicle crash in Carrsville on Monday morning, Nov. 22, that resulted in the death of the driver.

A Monday afternoon VSP press release stated that it was at approximately 9:35 a.m. that State Police were called to investigate the crash.

Officials said in the release that troopers were still in the 900 block of (Old) Myrtle Road, investigating a log truck that had overturned, entrapping the driver, who was the vehicle’s sole occupant.

A Monday evening update to the release revealed that the driver of the 1999 Western Star tractor-trailer, Linda Gail Tomlin, was traveling southbound on Old Myrtle Road, loaded with logs. Police said Tomlin ran off the road onto the soft shoulder, causing the tractor-trailer to turn on its side. The cab was crushed by the logs that were being carried in the rear of the trailer.

Tomlin, 54, of Emporia, died at the scene from injuries sustained in the crash, the update stated. It added that Tomlin was not wearing a seatbelt at the time of the crash.