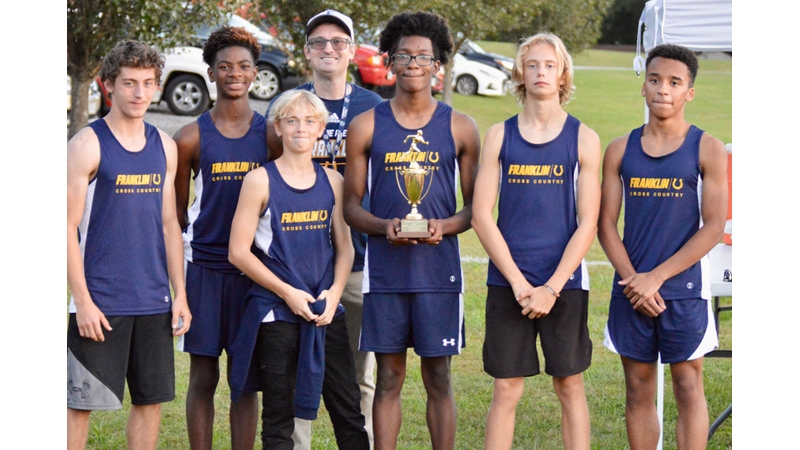 The Franklin High School student-athletes who ran in the Broncos cross country program this fall ended their 2021 season with distinction.

A Franklin City Public Schools press release continued by noting that Jonathan Smith, who coaches both the Franklin boys and girls teams in cross country, first reported that the local runners participated in the Tri-Rivers District Championship, which took place on Oct. 19 at Parker Park in South Hill.

Harrison was honored for finishing in fifth place overall, and Ridley was named to the all-district first team.

Smith added that for the Franklin girls team, “Aushari Barnes and Layla Battle ran well for the Broncos, and both also qualified for regionals.”

The Franklin boys’ performances qualified their team to participate in the Region 1B Championship, which took place Nov. 3 in Altavista. During that event, the Franklin squad finished fifth out of nine teams, ending the Bronco runners’ season.

The coach noted that Harrison set the all-time record for Franklin High School with his time of 19:29.

“I’m super proud of the team,” Smith said. “We made some big steps, and we’re looking forward to next year.”