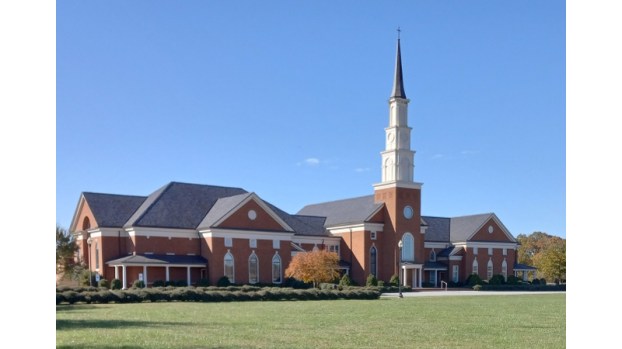 High Street United Methodist Church is marking its 150th year as a formal church. In December of 2011, a new and grand house of worship was built on Camp Parkway, a couple of miles west of Franklin. (Photo submitted by Clyde Parker) 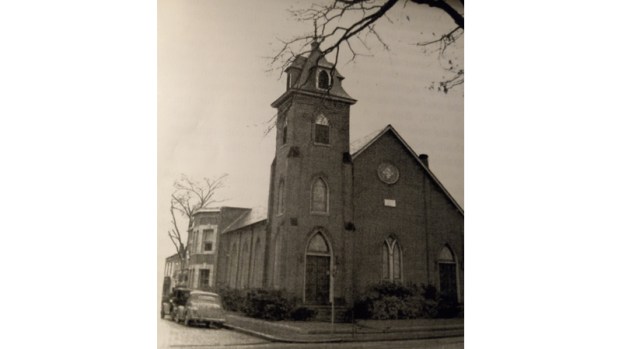 The old church, located on North High Street, is still standing and is now occupied by another church — "Fellowship Around the Word Church" led by Pastor Peggy Scott. (Photo submitted by Clyde Parker) 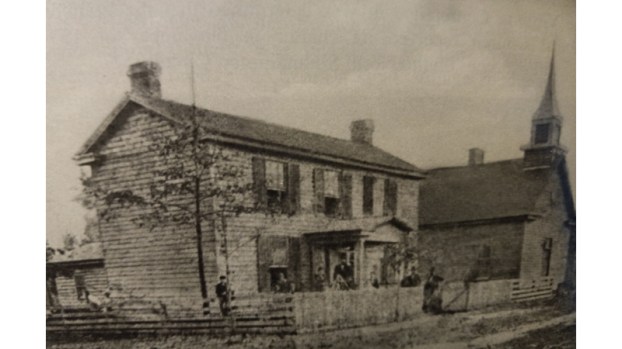 The original church on First Avenue was used from 1874 to 1890, but the first parsonage housed ministers and their families for another 16 years until a new parsonage was acquired at 411 Norfleet St. (Photo submitted by Clyde Parker)

This week, High Street United Methodist Church is marking its 150th year as a formal church.

In 1871, Franklin Methodists did not have a church building. There was a community Sunday School consisting of members who professed to be of various denominations, mainly Baptists and Methodists. A Baptist by the name of Alexander W. Norfleet was the superintendent of the Sunday School. They met in the old Masonic Hall on Railroad Avenue, now South Main Street.  However, on Sept. 19, 1871, the Baptists pulled out of the Sunday School and formed a church of their own with 14 charter members. Soon, they built Franklin Baptist Church on the southwest corner of Main Street and Fourth Avenue. (In 1905, The Stonewall Hotel was built on that site.)

In November of 1871, the Methodists of Franklin decided to form their own church, and it was chartered as the Franklin Methodist Church. Charter members were Mr. and Mrs. Cecil C. Vaughan Sr., Mr. and Mrs. James D. Bryant, and Captain Thomas I. Burbage and his daughter, Miss Annie.

In 1872, William Fentress Wright, as the assigned minister to the Southampton Circuit, was the first minister to preach at the Franklin Methodist Church. He reported to Southampton, from the Gates, North Carolina Circuit. He served here for only one year; then was reassigned to Bertie County, North Carolina. Of course, many ministers followed, mainly circuit riders, riding on either horseback or by horse-drawn buggy.

John N. Jones, successor to Wright, was agitating for both a church building and a parsonage. Foremost in this effort was Cecil C. Vaughan Sr., who, in 1873, had moved from the “Forks of the River” community to Franklin, where he became first a merchant and then a banker. The land on which to set the two buildings was purchased from John Pretlow Jr., Henry V. Cobb, and Jethro Cobb. The deed was dated Feb. 2, 1874. The acquired tract was bounded on the east by High Street and on the north by First Avenue, then, a little more than a woods path. In 1874, High Street extended no further than the Seaboard & Roanoke Railroad; beyond that was woodland.

The parsonage was built on the southwest corner of High Street and First Avenue, facing First Avenue. (The Franklin Cooperative Ministries is located there now.) The church was built next door, facing on First Avenue.

In the late 1880s, movement for a new church building was inaugurated by the Rev. George E. Booker, a graduate of Randolph-Macon College, class of 1853. The frame structure on First Avenue was inadequate to meet expanding requirements. A parcel of land on the northeastern corner of High Street and First Avenue was purchased from C.C. Vaughan Sr. and his wife.  J.W.S. Robbins, was the minister when, in 1890, the cornerstone of the new church was laid, with Masonic ceremonies conducted by James E. Sebrell of Courtland. Quickly, the brick walls were raised and within a few months the congregation was worshipping in its new home.

The church then had two houses of worship. Fortunately, W.T. Pace, who in 1885 came to Franklin from Sussex County, purchased the old frame structure on First Avenue for $600 and converted it into a domicile for his growing family. That house is still standing.

It should be noted that the original church on First Avenue was used from 1874 to 1890, but the first parsonage housed ministers and their families for another 16 years until a new parsonage was acquired at 411 Norfleet St.

It was not until 1905 that the Franklin Methodist Church became a “station,” and the congregation had a pastor it could claim as exclusively their own. Thomas Rosser Reeves, a recent graduate of Vanderbilt University, was the first full-time pastor.

Some years later, during the pastorate of George H. Spooner, an existing house at 116 S. High St. was purchased and converted into a new parsonage.

In 1939, a union of all branches of the Methodist faith throughout the nation took place and the schism that had prevailed for a long period of time was healed — and High Street M.E. (Methodist Episcopal) Church, as it was designated for decades, became known as, simply, “High Street Methodist Church.”

In the late 1940s, the parsonage that was located on the corner of First Avenue and High Street was moved down the hill next to the railroad tracks. In its place, in 1954, the Frankfort Memorial Church House was consecrated in memory of Lt. Ellis Frankfort, who died in a plane crash during World War II in the Pacific Theater.

In December of 2011, a new and grand house of worship that was built on Camp Parkway, a couple of miles west of Franklin, was dedicated; it continues to be called High Street United Methodist Church.

A plaque inside the church reads:

This building is dedicated to the life and work of William H. Goodwin Sr. and Annie M. Goodwin

“Honour thy father and thy mother: that thy days may be long upon the land which the LORD thy God giveth thee.” Exodus 2012

Made possible by their children, The Goodwin and Price Families

Just recently, the Rev. Ned Alderman joined the church as its pastor, succeeding the Rev. Nathan Decker who was transferred to another church in Chester.

The old church building, located on North High Street, is still standing, and is now occupied by another church — “Fellowship Around the Word Church,” led by Pastor Peggy Scott.