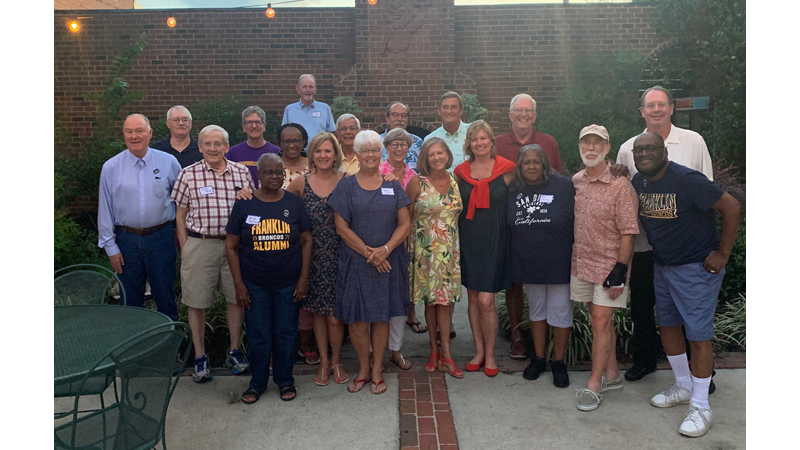 David Rabil, Katie Whitley Sloan and Holland Ricks organized the list of attendees and planned a gathering for two nights. Some members came from Florida, New York and many places in Virginia to party, golf and enjoy fellowship. And some “Temptation Walking” dance moves were observed at Fred’s bar.

Diane Barnes Otis, a member of the class, noted that 1971 was a challenging and exciting time.

“We were in the midst of the Vietnam War, racial integration, changing gender roles and, yes, economic stress,” she stated. “We acknowledged in 1971 times were also simpler, kinder and technology-free, which allowed true friendships to exist and last this long. However, emails have also kept us together for this gathering, which is a good thing.

“Fifty years later, we laughed, partied and acknowledged the formative days of FHS for the preparation of our lives ahead,” she added. “And FHS, today, is the tie that binds.”

She said that Rabil summed it up well: “We were young, foolish and happily so. Now we are older, wiser but still foolish. Most of all, we still know how to have a good time!”

Large crowd enjoys trip back to a previous time