The life and legacy of Della Irving Hayden 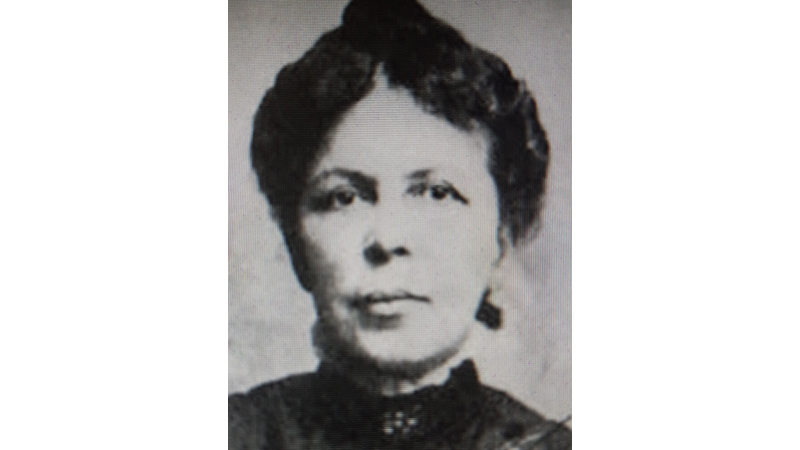 Della Irving Hayden was the founder, in 1904, of the Franklin Normal & Industrial Institute which was the predecessor to Hayden High School and Hayden Elementary School. She had taught in the public schools of Southampton County for several years, beginning in 1875. During those years of teaching experience, she recognized that there was a great need for better educational advantages for the young people than what was offered by the public school system. Inspired by the recognition of those needs, Mrs. Hayden, the Rev. Guy Powell, and several other citizens began to formulate plans for the establishment of a high school for African American youth in Southampton County.

Born in 1851 on a plantation at Tarboro, North Carolina, to a slave named Charlotte Irving and an unknown father, Della was welcomed into the world by her proud grandmother. Even in infancy, Della’s intelligence was evident. As she grew, she began to take charge of the younger children on the plantation. Watching Della grow, Charlotte knew that she was destined for greatness. At the start of the Civil War, though, Charlotte Irving was sold to a new owner and was sent to Virginia, leaving 9-year-old Della behind. She remained with her grandmother. To keep the memory of her mother alive, Della and her grandmother often spoke of Charlotte. Just hearing her mother’s name made Della long for her even more.

At the close of the war in 1865, following emancipation, Charlotte Irving left the Virginia plantation and began her journey back to North Carolina to be with her daughter. For the nights that followed, after the war, Della lay praying for her mother’s safe return. After traveling across the countryside of Virginia back into North Carolina, both mother and daughter’s prayers were answered when Charlotte and Della were reunited. Happy to find that her now 14-year-old daughter was in good health and had not been sold, she decided to take her to Virginia. They settled down in Southampton County, near the Village of Franklin. Della attended school in Nansemond County and Franklin.

She became a member of Cool Spring Baptist Church (now First Baptist Church) and was a Sunday school teacher and church secretary.

In order to pay for her college tuition, Della took temporary teaching jobs in various places — including Macedonia, Accomack County and Southampton County.

Following her schooling in Franklin, Della attended Hampton Normal and Agricultural Institute, where she graduated in 1877. While attending Hampton Institute, starting in 1875, during her breaks from her studies at Hampton, Della had been teaching school in Southampton County near the Village of Franklin.

While at Hampton, Della got to know Booker T. Washington and his first wife, Fannie Smith Washington. Della spoke at Hampton’s 1877 graduation exercises on “Our Work as Women” and won a cash prize presented by First Lady Lucy Webb Hayes — wife of President Rutherford B. Hayes.

In 1880, Della married fellow Hampton graduate, Lindsay Hayden, who had become a high school principal; however, he died within a few months following the wedding. In 1881, she was principal of a school in Franklin, a position she held for nine years. In 1890, she returned to Hampton to serve as lady principal at Hampton Normal & Agricultural Institute. For 13 years, she was lady principal of the State Normal School at Petersburg.

In 1904, Mrs. Hayden returned to Franklin and organized the Franklin Normal & Industrial Institute and was its principal. At that time, Mrs. Marriage Allen, a great missionary and temperance worker in London, England, was visiting in America. Mrs. Allen was inspired by the plans set forth by Mrs. Hayden and gave four acres of land near Franklin for the purpose of establishing this much needed school. The land was from a piece of land on the Pretlow Farm. It was conveyed by Mrs. Allen to the Franklin Normal School, which was situated on land on which the original school was built. The signature of Mrs. Allen, as a resident of London, England, was acknowledged before the Hon. Francis Frigout, Deputy Consul of the United States of America, in the City of London on Aug. 1, 1906, and was recorded in the Clerk’s Office in Courtland, March 22, 1907.

By 1916, Franklin Normal & Industrial Institute had buildings and enough land — increased to five acres — to run a small farm and board dozens of female students; males were admitted as day-students only. The school continued to be funded mainly by donations solicited by Mrs. Hayden. In addition to classrooms, the school — a two-story frame building — had a recitation hall and a girls’ dormitory.

Mrs. Hayden was of special importance to the Franklin community. She was a well-educated and energetic leader who was able to persuade philanthropists to provide funds for a dormitory and other facilities for her school.

She was a leader in the local chapter of the WCTU and was a member of the Home Missionary Society, was active in the YWCA, and held offices in the Sunday School Union and the Virginia Teachers Temperance Union.

Mrs. Hayden died, tragically, on Dec. 12, 1924, as a result of being run over by an automobile on Franklin’s Main Street while crossing, on foot, from the post office to the Farmers Bank building. She was the first person in Franklin to die due to injuries received because of an automobile accident.

In 1953, a new and more modern Hayden High School was built, a little further down the street. The name “Hayden” is no longer applied to any of Franklin’s educational buildings. However, now, after extensive restoration over the past several years, the former Hayden High School building is still standing and is now known as the Hayden Village Center, a retirement complex. A historical marker memorializing Della Irving Hayden is located just off the property of the former school.

CLYDE PARKER is a retired human resources manager for the former Franklin Equipment Co. and a member of the Southampton Historical Society. His email address is magnolia101@charter.net.