NEW BERN, North Carolina – Donald Wayne Brown died at home early Nov. 1, 2021 with his beloved brother, Ken by his side. During his life, Wayne’s generosity was by far his most defining attribute. Despite his physical challenges, Wayne accomplished more in his lifetime than most of us will ever achieve. As a child with polio, he loved playing “Cowboys and Indians” with his neighborhood friends and learned to ride a bicycle, swim, dive and play baseball and basketball. 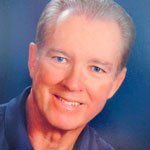 A graduate of Georgia Southern College with a bachelor’s in Public Recreation Administration and a minor in Physical Education, Wayne later changed his career choice to become an Allstate agent in 1983, owning his own agency by the age of 41. Wayne excelled in his professional life, serving as Havelock’s Chamber of Commerce President in 1990. He was appointed to the Havelock Drug Task Force, as well as BB&T’s Havelock Advisory Board. As long as he lived he worked tirelessly to support the Marine Corps and all branches of our U.S. military.

If anything defined Wayne in his adult life, it was golf. His many golf buddies endured his no-quit competitive nature and enjoyed his wry and somewhat naughty sense of humor.

Wayne loved his family. He was fiercely loyal and protective of his grandmother, who took care of him during much of his childhood and was instrumental in his triumph over polio. In later years, he brought her into his home and cared tenderly for her until her death. His younger brother Ken was his best friend and favorite person on earth.

At the end of his life, Wayne was finally forced to allow others to take care of him. Craven County Hospice nursing staff did that with such love and gentle dignity that the family will never be able to repay the debt of gratitude. Thank you, Jennifer, Nora and those we have not named for going above and beyond your call of duty. Your commitment to the patients in your care is the difference between comfort and suffering. Wayne donated thousands of dollars every year to charities across the nation – from the Humane Society to Shriners’ Hospital. Please continue his good work and in lieu of flowers send your contribution to Craven County Hospice Foundation or the veterans’ charity of your choice.

Wayne is the eldest son of Don and Latrelle Brown. He is survived by his brother Ken (Vicki); aunt, Claudia Roach; uncle, Graham Brown (Pat); niece and nephew Rachel and Livingston and his cousins Hunter, Laura, Ronnie, Mike, Graham Jr. and Patricia. Also left to cherish Wayne’s memory are his many, many friends.

Family and friends are invited to a funeral service to honor Wayne at 11 a.m. on Tuesday, Nov. 9 at the Lakeside Chapel of Greenleaf Memorial Park in New Bern. The family will greet guests immediately following the service.

Cotten Funeral Home & Crematory is honored to serve the family and friends of Donald Wayne Brown.