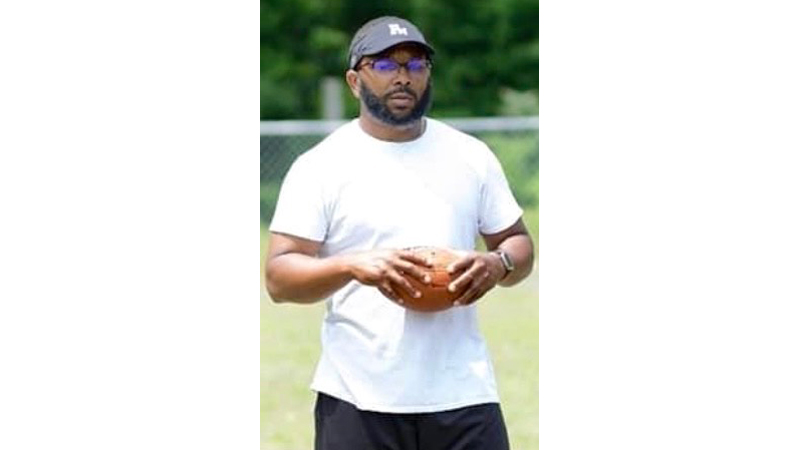 Lamont Hill is the varsity baseball coach at Franklin High School and volunteers his time with the Franklin Mustangs Football Organization. (Photo submitted)

Lamont Hill is a 1997 graduate of Franklin High School. He played football and baseball, and ran track during his high school years. He joined the U.S. Army as an administrative specialist, serving from 1997-2002. During his service, Hill was stationed at Camp Red Cloud, Korea, in the 122nd Signal Battalion of the 2nd Infantry Division and Kirk U.S. Army Health Clinic located on Aberdeen Proving Ground, Maryland.

After several years in the retail world, Hill enrolled at Western International University, where he obtained his Bachelor of Science in business in 2015. Currently, he is enrolled at American Military University, working towards his Master of Arts in supply chain management with an expected completion date of mid to late 2022. Hill is currently employed at Newport News Shipbuilding, where he is a crane inspector.

Hill watched those before him giving back to the community at a young age, and that impacted his life and his passion to serve youth. At the age of 13, he assisted the late Billy Cornwell and then his uncle Robert Smith in coaching baseball in the Franklin Parks and Rec League for the Sportsman’s Association.

Hill is the varsity baseball coach at Franklin High School and volunteers his time with the Franklin Mustangs Football Organization. Hill serves as a mentor with the Young Lions Mentoring Program. He enjoys interacting with the youth in our community, as they are the future leaders of our nation.

Hill has been married for nine years to Whitney Hill. They met while working for Walmart and together they have three children, Tatiana (21), Natalie (12), and Lamont Jr. (9). They have one grandson, Isaac (5 months). Hill enjoys making new memories with his family, whether it’s traveling or just hanging out together. They are active members of The Rock Church of Franklin.