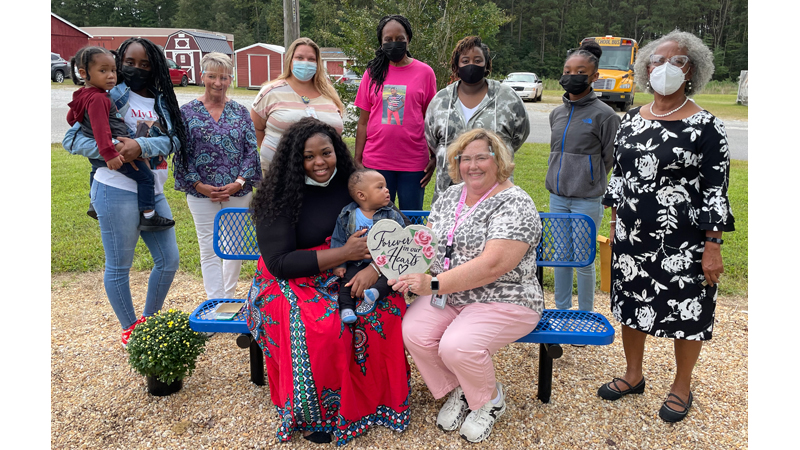 Capron Elementary School staff recently dedicated a bench to the school in memory of Aaliyah Ramsey, a student that attended Capron. Aaliyah passed away in a car accident that claimed the lives of three children in July 2020.

Wendi Simmons, Capron school counselor, came up with the idea of a “Buddy Bench.” The bench will be used by Simmons to talk to kids that are in need of a “buddy” to talk to about feelings.

The bench was placed in an area away from the playground to give people some privacy.

Each person present at the dedication signed a heart-shaped stone, and it was placed in the garden, along with a pink rosebush, Aaliyah’s favorite color.

Simmons offered a special thanks to Walter Francis for his work in getting the bench set up.

“Aaliyah had a tremendous personality, and she will never be forgotten,” Simmons said.