BOYKINS – Robert Graham Pearson, 75, passed away Oct. 21, 2021. Born in Roanoke Rapids, North Carolina on Sept. 22, 1946, he was a son of the late George Norman Pearson and Mary Lula Taylor Pearson. He was also predeceased by a brother, George Anderson Pearson and a sister, Jane P. Gurkin. 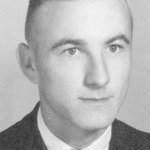 Robert was a graduate of Brunswick High School and a retired maintenance supervisor for Union Camp Corporation. After his retirement he worked for Commonwealth Cotton Gin and was also a former inspector for Hancock Peanut Company. In recent years he worked at Mott’s Feed and Supply in Newsoms.

He was a lover of country music and his favorite time of year was Christmas and his favorite song was “Silent Night.” He grew up in Philadelphia United Methodist Church in Triplet, Virginia.

A funeral service will be held at 11 a.m. on Thursday, Nov. 4 in Wright Funeral Home in Franklin with the Rev. James H. Hyatt Jr. officiating. The family will receive friends one hour prior to the service and suggests that memorial donations be made to any favorite charity.