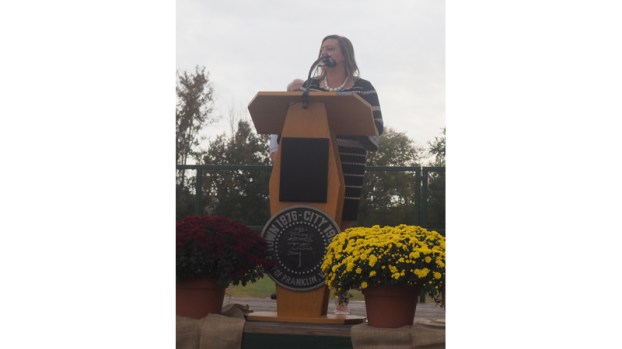 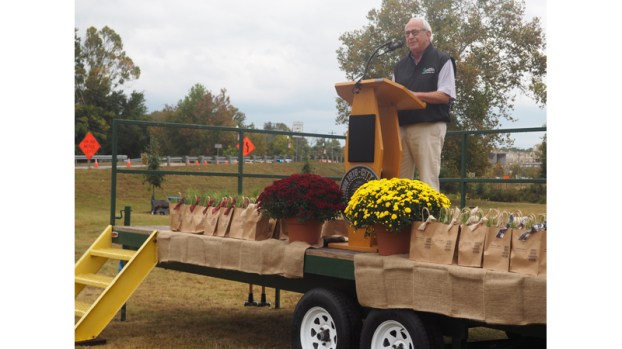 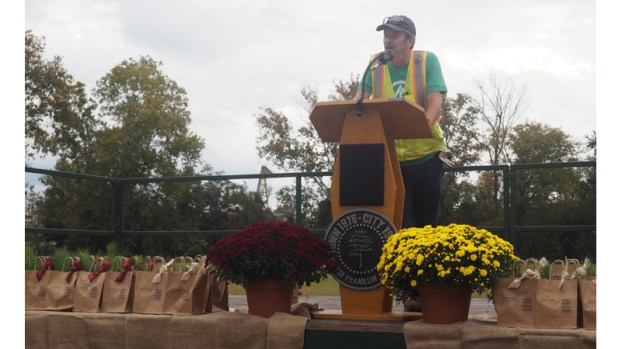 John Ashley, manager of International Paper’s Franklin mill, speaks at the groundbreaking ceremony. To his left and right are pine tree saplings IP gifted to attendees. (Photo by Stephen Faleski) 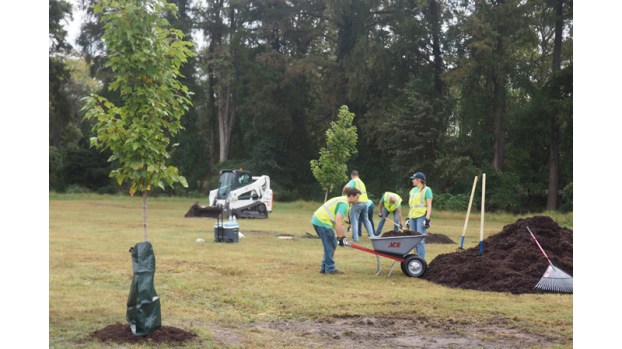 International Paper employees spread mulch in the park as part of their community day of service. (Photo by Stephen Faleski) 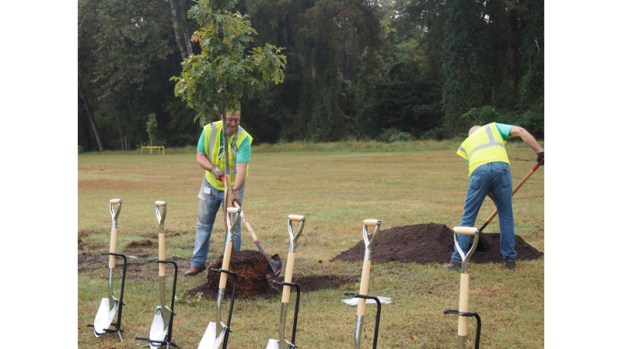 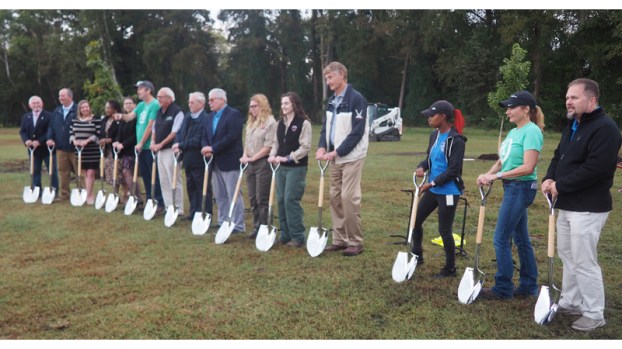 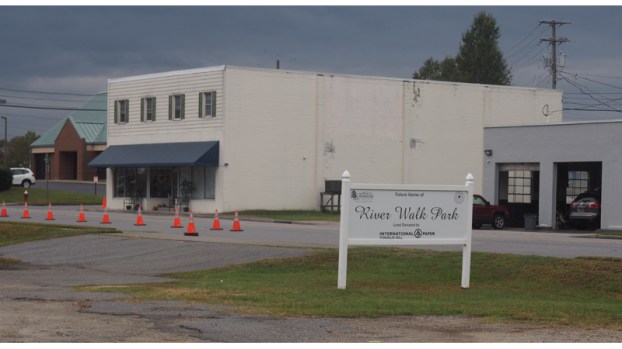 The City of Franklin hosted a groundbreaking ceremony for its Riverwalk Park on Oct. 22.

International Paper donated 21 acres of land along the Blackwater River to the city in 2018, about six of which will become the new Riverwalk Park. The park will be located along Second Avenue at the city’s border with Isle of Wight County.

According to City Manager Amanda Jarratt, the groundbreaking ideally would have occurred two years ago, but changes in city leadership and the coronavirus pandemic postponed the project.

The city has now combined its own money set aside for the park with grants from the Arbor Day Foundation and the International Paper Foundation, the company’s philanthropic arm, to begin construction.

“On behalf of the city of Franklin, I welcome you to what is going to be the initial phase of setting up this park,” Mayor Frank Rabil told attendees, which included representatives from Virginia’s state government, International Paper, the city and Isle of Wight County.

That first phase will include stormwater management infrastructure, Jarratt said. Eventually, the park will include a parking lot, picnic pavilion, benches, a walking trail and a kayak launch. Construction is estimated to be complete by fall 2022.

“We anticipate this to be a massive draw for the city of Franklin,” Jarratt said.

City officials of the day had proposed a similar riverwalk concept in 1999 as a means of revitalizing the downtown area following massive flooding from Hurricane Floyd.

“Franklin has made tremendous progress in revitalizing the downtown over the past few years; International Paper is proud to be part of that movement,” said John Ashley, manager of IP’s Franklin mill.

The groundbreaking coincided with International Paper’s community day of service, where employees volunteer their time to improve the surrounding community. According to Jenny Dixon, communications manager for the Franklin mill, planting 30 trees on the riverwalk land was one of three projects teams of city, IP and Virginia Department of Forestry employees undertook that morning. The other two involved cleaning up the Armory Park playground and planting an additional 110 trees along Carrsville Highway to form a privacy hedge by the IP and Franklin Lumber campuses.

“We were able to secure a grant through the IP Foundation and the Arbor Day Foundation for $30,500 to fund the planting of these trees,” Dixon said.

Once the city gets construction under way, the IP volunteers plan to return for another day of planting on Earth Day next year, which will occur on April 22. Next year will mark the 10th anniversary of International Paper repurposing its Franklin paper mill to produce fluff pulp, which is used in diapers.

Scott Bachman, senior forester with the Department of Forestry, then presented Rabil with the Arbor Day Foundation’s “tree city” award. This is Franklin’s 37th consecutive year receiving the award.