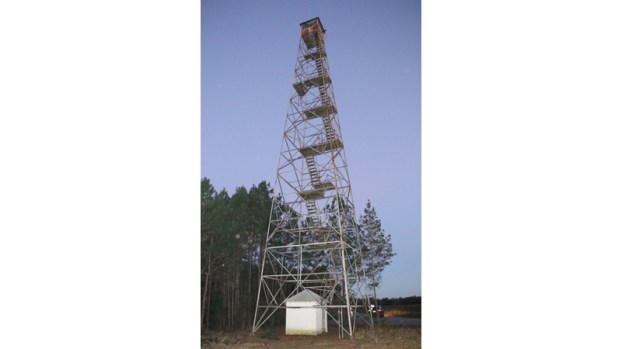 Pictured is the fire tower on Ivor Road that could date back to the 1930s. It was being disassembled Oct. 26 and will be reconstructed in Alabama on property owned by a nonprofit organization called Cherokee Ridge Alpine Trail Association. (Photo by Titus Mohler) 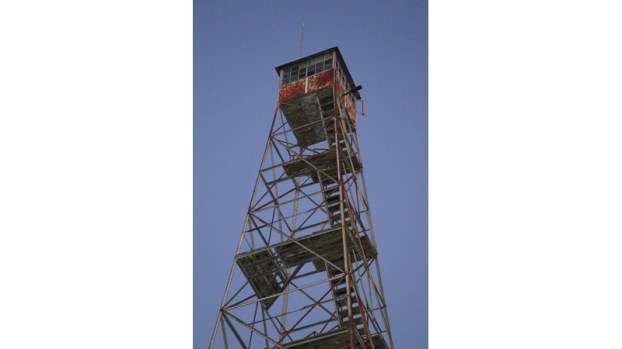 This photo offers a closer look at the top of the old fire tower on Ivor Road in Sedley that was being disassembled Oct. 26 and moved for reassembly at a later date in Alabama. (Photo by Titus Mohler) 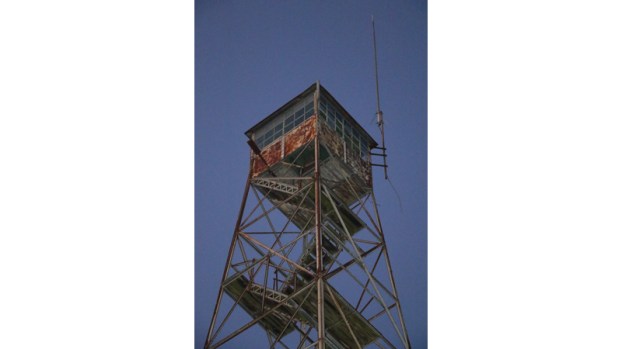 This photo provides an even closer look at the top of the old fire tower on Ivor Road in Sedley that was being disassembled Oct. 26 and moved for reassembly at a later date in Alabama. (Photo by Titus Mohler)

A fire tower that could be as much as 90 years old is making a big move this week from a property in Sedley to Alabama.

Christina and Michael Upton, whose property on Ivor Road has been the tower’s home, recently donated the structure to an Alabama-based nonprofit organization called Cherokee Ridge Alpine Trail Association that, as noted on its website, has a mission to promote and preserve nature and nature education in the greater Tallapoosa River Valley through access to footpath-only trails.

Christina Upton said CRATA had been looking for a second fire tower.

“They’ve got some property that they have one fire tower on,” she said. “It’s got hiking trails and all, and they were looking for another one.”

She noted that prior to their contact with CRATA, she and her husband were not planning on maintaining the fire tower, but they did not want it to simply be scrapped either.

“We thought it had historical significance to it, so we were happy to finally get somebody that wants to repurpose it,” she said.

The Uptons reached out to someone who had been in contact with CRATA and who helped connect the two parties. Their first contact happened Sept. 29, and CRATA and its founder, Jimmy K. Lanier, worked quickly after the Uptons committed to the donation.

“They might have it disassembled and loaded on a flatbed by the end of the day,” Christina said Tuesday morning.

CRATA indicated that the tower’s reassembly will be a much longer process, though.

“They told me yesterday it may take a year or so to reconstruct it,” Christina said. “First they will make repairs and regalvanize the metal.”

She said that CRATA officials were pondering how old the fire tower might be, and their guesses were trending from the mid to early 20th century.

“The age of the tower could go back to the 1930s,” Christina said. “The first fire tower in Virginia was built in 1917 on Little Stone Mountain near Big Stone Gap.”

Amid the disassembly and reassembly, CRATA has a unique request for the people of Sedley and the broader community given the old age of the fire tower.

“They would love to know any stories that any locals might have about that fire tower,” Christina said.

Lanier offered a phone number for people in the area to call if they recall part of the tower’s long history. The number is 334-462-8565.