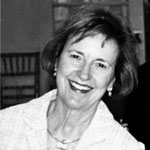 Mary Jane was born in Duke Hospital on July 29, 1940. She attended Salem Academy in Winston-Salem, North Carolina and graduated from East High School in Denver. In the summers she attended Camp Merrie-Woode in Sapphire, North Carolina and passed the love of the camp on to her daughters and granddaughter. She graduated from Duke University in 1964 with a major in history. She taught history in Clinton, North Carolina, worked in the Lexington Five School District in Irmo, South Carolina, and eventually became the director of the Sumter County Gallery of Art in Sumter, South Carolina.

Mary Jane was passionate about exercise and preventive health. She was a devotee of Dr. Kenneth Cooper, the founder of the aerobics movement and became one of the first female runners in the small town of Franklin, Virginia. She enjoyed tennis and ran in races until a back injury forced her to switch to lap swimming and strength training. Growing up in Denver, she was a skilled, though careful skier and enjoyed annual ski trips with friends and family. She loved to read and read stacks of novels, as well as the magazines Time, Sports Illustrated, Prevention, and The New Yorker. To keep her mind healthy, she worked crossword puzzles and Sudoku daily. She adored classical music, regularly attending the South Carolina Philharmonic and re-learning piano late in life. She was also an intensely loyal Duke basketball fan.

Mary Jane made friends easily and maintained those friendships throughout her life. She was known for her humor, humility and easy-going nature. She was the best friend and loving wife to Chris; dearest mother, friend and mentor to Cammie and Barrie; and the proudest, adoring and adored grandmother to her five grandchildren.

The family would like to express our sincere gratitude to the caring, dedicated and supportive staff from Franke at Seaside and Lutheran Hospice.

A memorial service will be held on a later date at St. Matthews Episcopal in Hillsboro, North Carolina, where Mary Jane was christened.

In lieu of flowers, the family requests donations be made to the Parkinson’s Foundation, The Michael J. Fox Foundation or the South Carolina Philharmonic.

Expressions of sympathy may be viewed or submitted online at https://www.mcalister-smith.com.